In the spring of 1935, Savannah Mayor Thomas Gamble began to promote the establishment of a junior college in Savannah to serve the young people of the community who could not afford the cost of higher education away from home. Despite the stringent circumstances of the Depression, Gamble was convinced that a city-supported junior college would benefit not only Savannah's youth but Savannah's business activity and the Savannah community at large. Interest in the college project grew, but the idea needed a home. On May 27, 1935, Gamble announced that the new junior college would take its residence in the magnificent gray brick mansion of the late George Ferguson Armstrong, a successful Savannah shipping businessman, whose widow, Lucy Camp Armstrong Moltz, and daughter, Lucy Armstrong Johnson, agreed to give their former home to the city to fulfill the mayor's proposal. Located on the southern edge of Savannah's historic district, the Armstrong mansion was the last of the great homes that had been built in the downtown area. It stood at the head of Bull Street, between the historic squares of downtown Savannah to the north and the green expanse of Forsyth Park to the south. The imposing Armstrong mansion and the surrounding neighborhood provided the new junior college with its distinctive character for the next thirty years. Early patrons of the college's growth included Savannah banker Mills Bee Lane and his wife Mary Comer Lane, and Savannah newspaper owner and publisher Herschel V. Jenkins.

The college opened its doors in the fall of 1935 with 168 first year students and a group of 8 faculty and staff. In June 1937, 78 students became the first graduates of Armstrong Junior College. The first president of the College, Ernest A. Lowe, came to Savannah from the University of Georgia and from the offices of the newly formed University System of Georgia. Although Armstrong remained a city-supported junior college, outside of the University System of Georgia, it looked to the University System for advice and counsel on curricular matters. After Ernest Lowe left in 1941, Thomas Askew served briefly as the college's second president before entering military service. Foreman J. Hawes became the college's third president in 1944 and served until retirement in 1963.

From the beginning, the college and faculty developed a primary emphasis on two years of liberal arts coursework, but the curriculum also included courses developed to serve the various professional needs of the Savannah community, most notably business courses and the basic science coursework needed by nursing students at the local Savannah hospitals. By the late 1950s, however, the city of Savannah found it increasingly difficult to provide the revenues that the college needed to supplement tuition and fees. Various negotiations began in 1957 to seek ways to obtain state funds to support the college. These negotiations culminated in 1959 when Armstrong College joined the University System of Georgia, ending twenty-four years as a city-supported institution.

In 1963, Otis Johnson became the first African American student to be admitted to Armstrong. Entering as a sophomore transfer student from Savannah State College, Johnson graduated from Armstrong with the class of 1964. Integration was only one of the changes that affected the college in the decade of the 1960s. Plans to expand the college beyond the six buildings that it occupied around the Armstrong mansion provoked strong community concerns about the effects of this expansion on the architecture and the squares of the historic district. In March 1962, banker Mills B. Lane, Jr. resolved the dilemma by purchasing 250 acres of land for a new campus on the far southern edge of the city. The college occupied the new site in January 1966. Prior to the move, the Board of Regents, in May 1963, approved the conversion of Armstrong into a four-year institution. The first baccalaureate class of 117 students graduated from the new campus in June 1968.

A new president, Henry L. Ashmore, presided over the new, four-year college as it rapidly expanded its buildings, enrollment, and programs. Under his leadership, the college developed new offerings in health-related fields, notably degree prgrams in dental hygiene and nursing. Other health-related programs followed quickly, such that in 1978 the Board of Regents designated Armstrong as a Regional Center for Health Education in Georgia. On the new campus, Armstrong also introduced teacher education courses, and by 1971 was offering the M. Ed. degree in conjunction with Savannah State College. The enlarged business department offered a Bachelor of Business Administration degree, and the arts and sciences departments strengthened their baccalaureate programs with a host of new Ph.D. faculty.

In 1971 the University System of Georgia came under increased scrutiny from the Office of Civil Rights. As a result, Armstrong and Savannah State college, an historically black state-supported college in Savannah, initiated a number of efforts at joint programs, most notably a joint graduate program for the M.Ed. and for a Master's of Business Administration. This joint program and other actions by the University System failed to convince the federal courts that Georgia did not have a racially segregated system of public higher education. In 1979, the Board of Regents proposed and the court accepted a "Plan for the Further Desegregation of the University System of Georgia." For Armstrong, the Plan meant a major program swap. with Savannah State. The Armstrong Business program, graduate and undergraduate, was transferred wholly to Savannah State; and the Savannah State Education program, graduate and undergraduate, was transferred wholly to Armstrong. The programs, the students, and the faculty made the move in September 1979. The program swap shook enrollment at both institutions, and throughout the 1980s the idea of merger between the two schools remained a shadowy presence.

Despite the upheaval of the program swap, Armstrong continued to expand its curriculum in Health related fields, adding new graduate degree programs in Nursing and Health Science, as well as new Master's degree in Criminal Justice, and in history. In 1982 Robert A. Burnett became the fifth president of the college. Because of increasing interest in the possibility of a university-level institution for southeast Georgia, Burnett and other college presidents in the region began to work on a variety of cooperative configurations that might achieve this goal. In 1989 the Board of Regents chose a plan that designated Georgia Southern College in Statesboro, Georgia as a Regional University. In this capacity it would oversee all graduate programs in southeast Georgia, including all of Armstrong's Master's degree programs. These programs were now offered through Georgia Southern University in affiliation with Armstrong. This arrangement lasted until 1995 when the Board of Regents reversed its decision, and Armstrong regained control of its own graduate program.

In 1996 the Board of Regents decided that all of the state-supported four-year colleges that offered graduate programs should be identified as "universities." In conjunction with this change to university status, a number of Armstrong faculty proposed that the college change its name in order to indicate a regional identification. The college alumni raised strong objections to any change that would eliminate the Armstrong name. The resulting compromise produced 'Armstrong Atlantic State University.' At the time of the change in name and status, the academic family at Armstrong consisted of approximately 5,300 students and 250 faculty. A significant physical expansion of the campus coincided with the institution's new identity. The completion of a new Sports Center and a major new classroom building, University Hall, gave visual expression to the host of changes enveloping Armstrong as it approached the millenium. A major new science building, approved for construction, loomed just ahead on the horizon.

The expanding size and purpose of Armstrong since 1935 find a parallel in the changing phrases and images that have appeared as the identifying logo for the institution. Known initially by the local, colloquial name of 'Geechees, Armstrong adopted a Pirate logo after the move to the new campus in the 1960s, a general allusion to Savannah's coastal location and association with Robert Louis Stevenson's Treasure Island. With the change to University status and the adoption of the new name as Armstrong Atlantic State University, a compass logo became the institutional insignia to set the course for the new directions of the future. 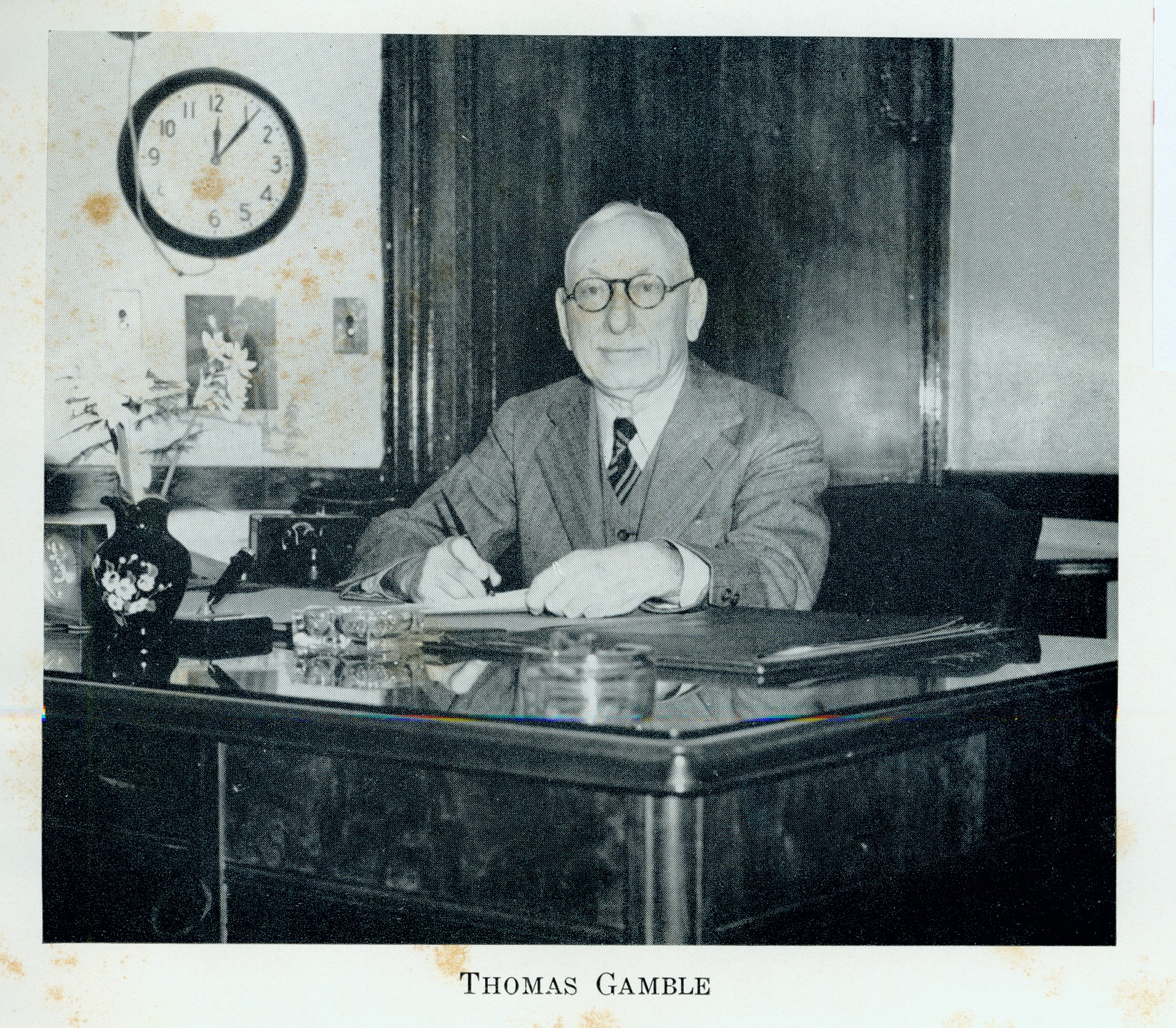 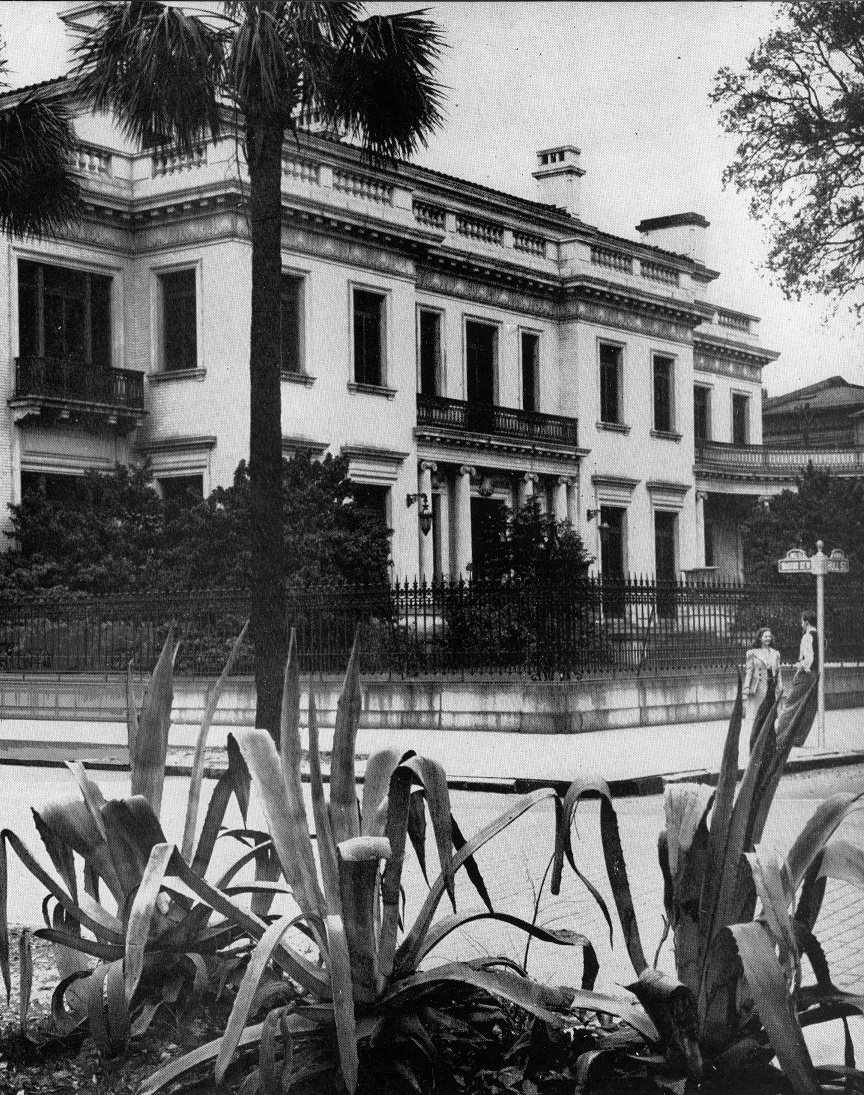 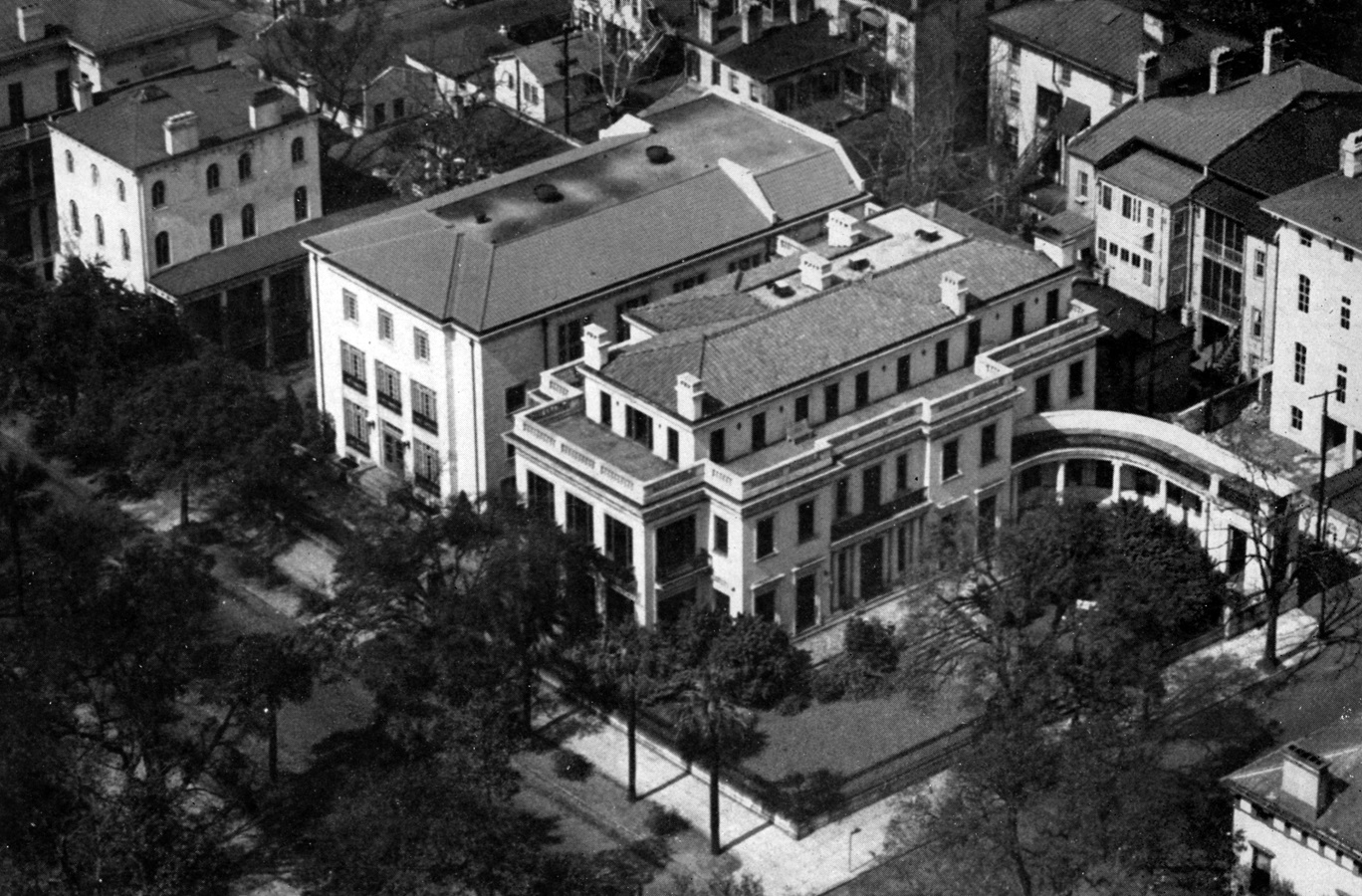 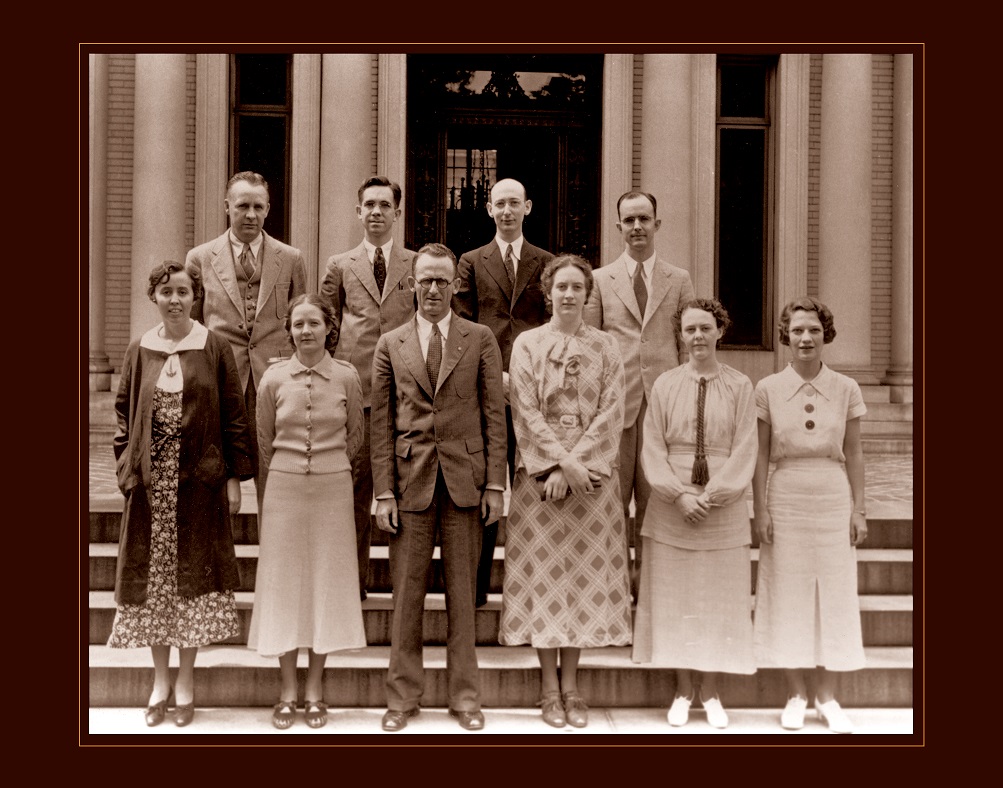 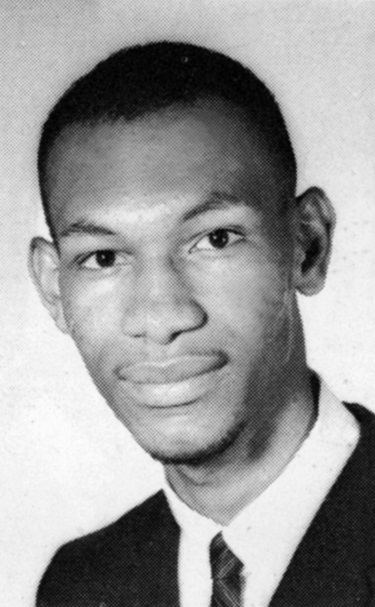 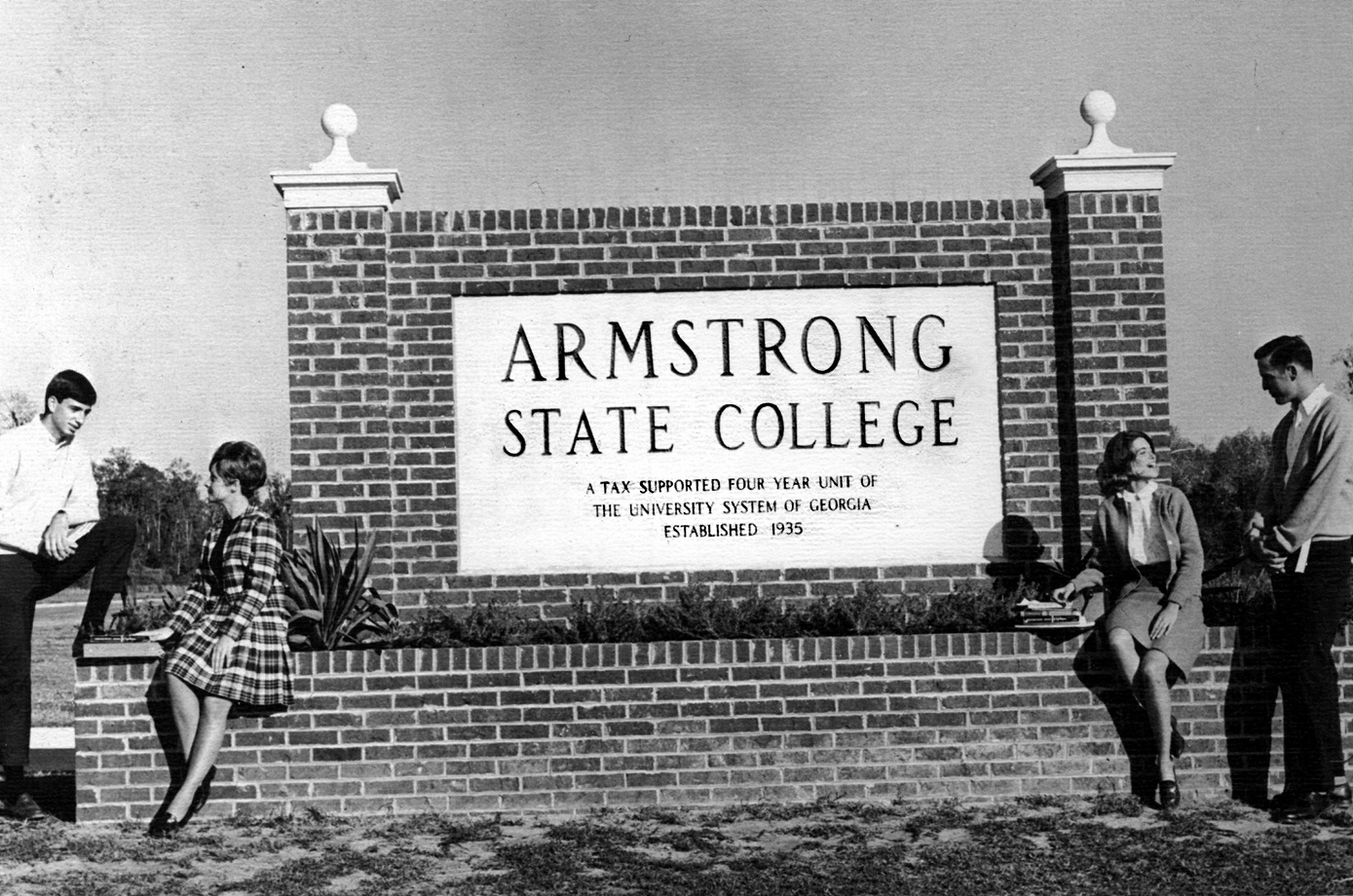 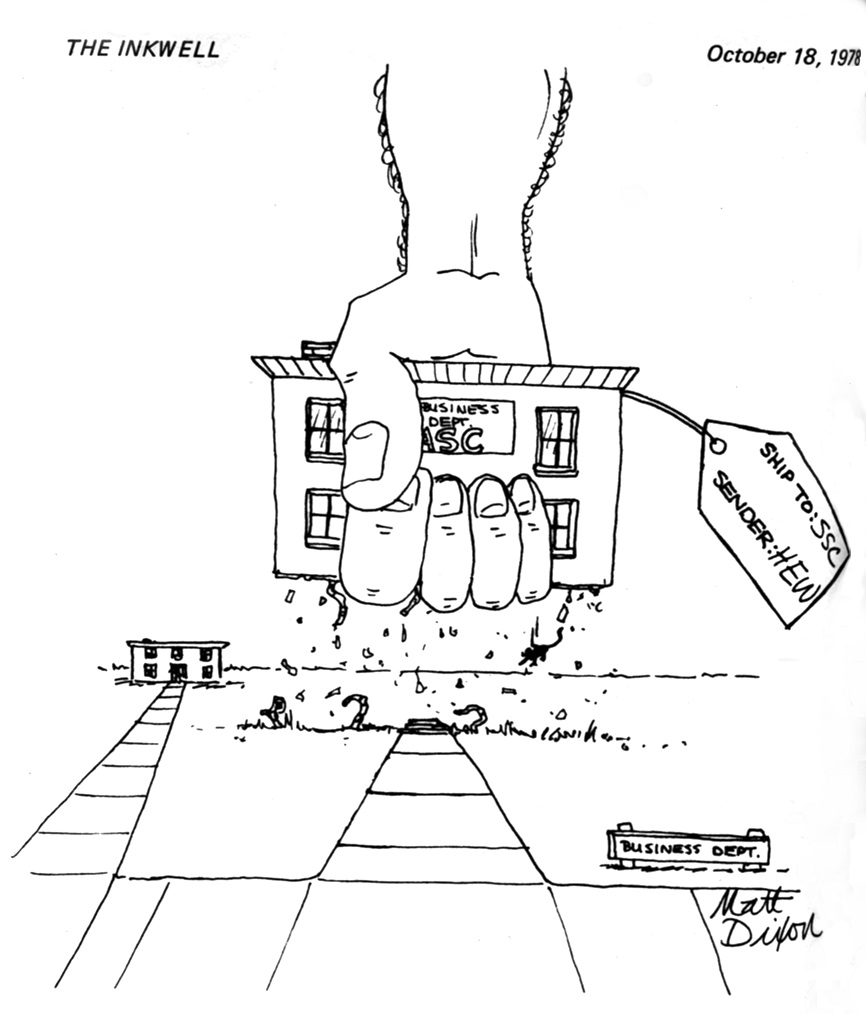 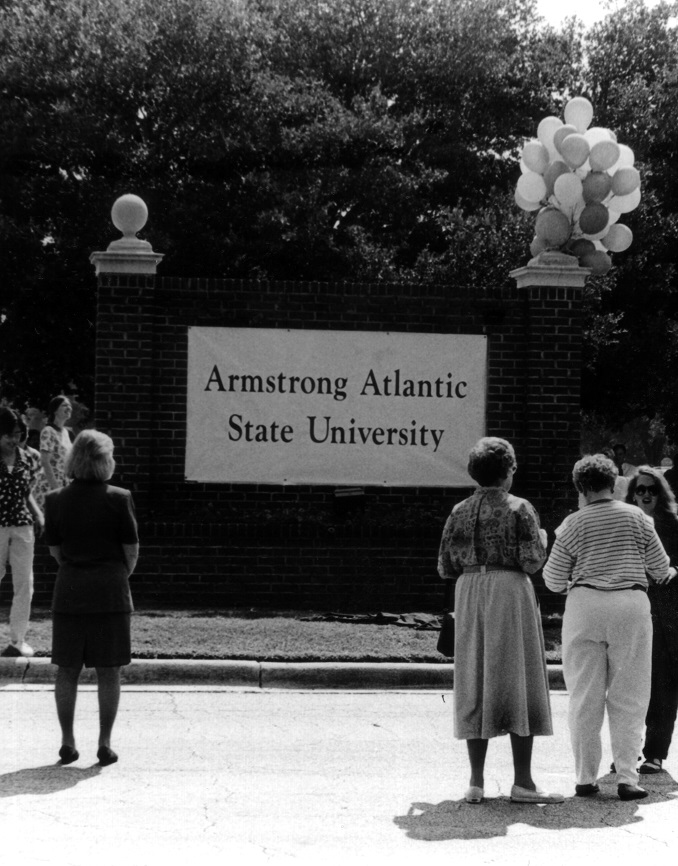 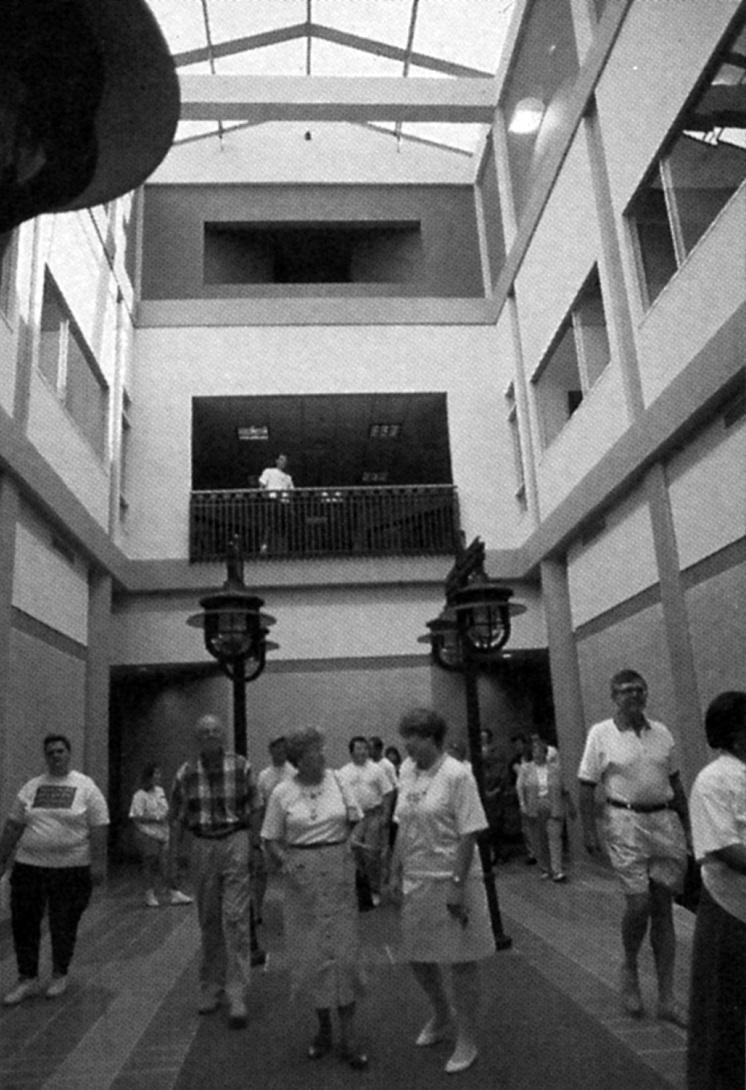