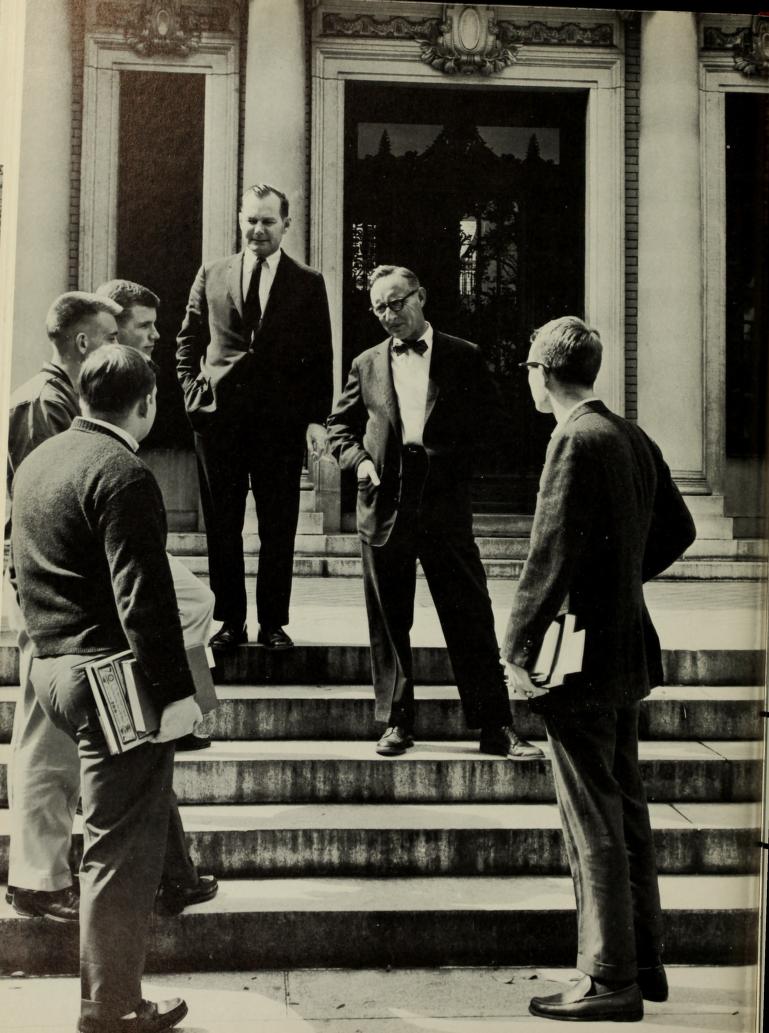 the summer of 1942. Holding two master’s degrees
from Emory University, W. Orson Beecher became a
mainstay of the liberal arts at Armstrong for the next
forty years.

In the memories of the wartime students,"Mr. Beecher taught everything.' Most often, hetaught French, Spanish, and history. The historycourses naturally turned toward recent events, with special emphasis on preparation for officer candidacy
tests. The School of the Citizen Soldier became a primary text in the required class in American history,117 and wartime topics dominated the lectures of the Institute of Citizenship, which Beecher now directed."

After the War " Orson Beecher moved into the richly paneled office on the west side of the Armstrong mansion to serve as Dean of Students and continued to teach almost everything on the “arts” side of the curriculum."

"Beecher, Killorin, Dabney and Murphy pooled their talents in an experimental curriculum that coordinated history and English classes around the “Great Ideas” of major authors of western civilization."

When Otis Johnson integrated Armstrong in 1963 Beecher's philosophy class was the first he attended. Beecher began the class without attention to anything unusual about the circumstances.

In 1985 at Armstrong's 50 th anniversary Beecher prepared a history of the College he had served for more than 40 years.

--Janet Stone, From the Mansion to the University: a history

Photo: Bill Coyle, Orson Beecher and Armstrong students on steps of the Mansion, from 1961 'Geechee

Orson and Betty Beecher had two daughters who grew up with Armstrong.  The photo is from the Geechee, Armstrong's student yearbook 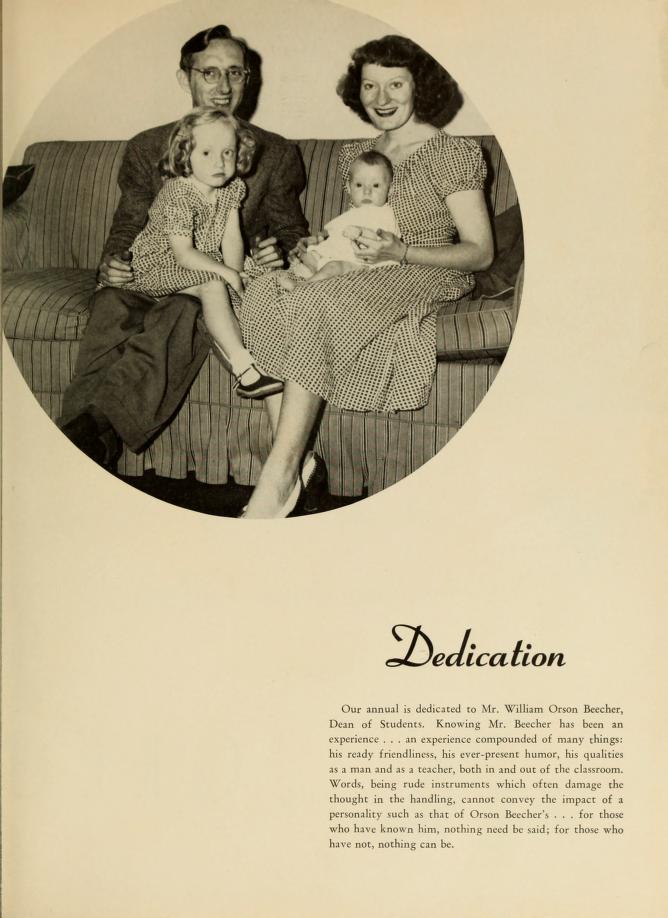 dedicated to Dean Beecher in 1947.

Beecher's daughter, Melissa (Lissa) Ayers shared memories of her father in a letter.   In addition Lissa and her sister Amy added to Beecher's family history and home life by sharing their family scrapbooks for scanning, see scrapbook section above.

Her comments after reading the President's correspondence:

"I particularly liked the letter [from Henry Ashmore] asking him if he planned to continue teaching at Armstrong since he had not sent back the contract that was due in 24 hours.  Once the College told him that they wouldn't issue his paycheck if he didn't return the library books he had in his office. I helped him box up the books and there were a great many of them."

"He was multi-talented. He built a barn--which he got the Debate Team to paint--could drive the berry picking machine, he was fluent in five languages and was Phi Beta Kappa."

Beecher as advocate for our community, students:

"Daddy was called by the [Chandler Hospital] staff asking him to come and translate for a group of Hispanic migrant workers injured when the plane they were in crashed in the marshes near the City.   When he got to Chandler Hospital he saw that the group were in hallways and in obvious pain. They explained to him that the workers had no insurance. Daddy was on the Board of the Hospital. He went to the Head of the hospital and said that they had a choice, they could treat the people or read in the paper the next day how they failed to be humane. They treated the people. Daddy stood by his beliefs."

"Cats and babies loved him. He was the professor students went to with their problems and for his wisdom.  A student went to court for stealing a car. Daddy went to court with him and asked the judge to give him custody of the student, which they did. The student went on to become a lawyer."

In 1952 Orson Beecher was one of the first people in Georgia to grow a large acreage of Blueberries. He did so on the 200 acre Ref Maple Farm and Nursery in Effingham County, land that had been in his Mother's family for generations. 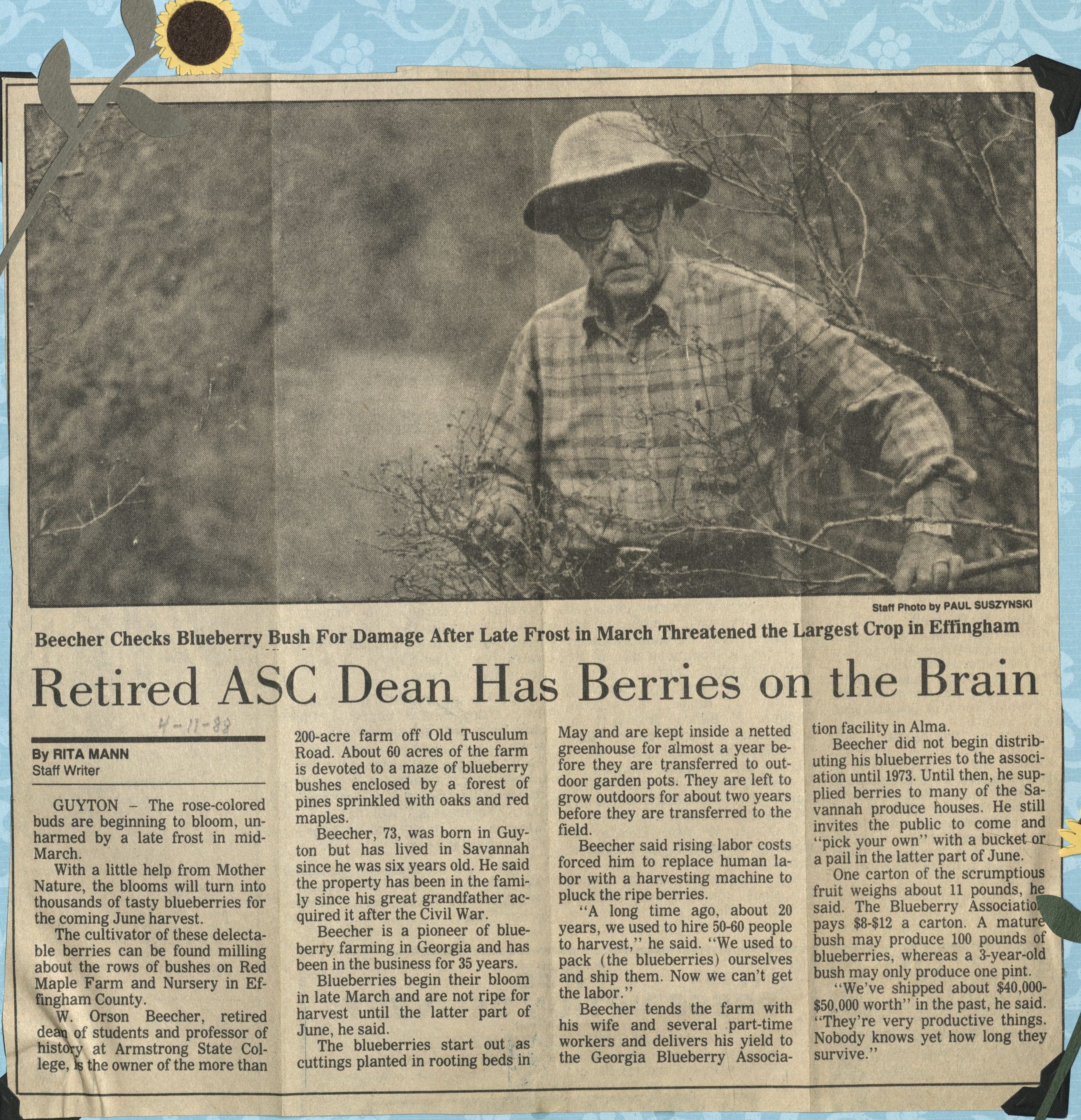 Eugene Williams and Beecher at Red Maple Farm in 1999 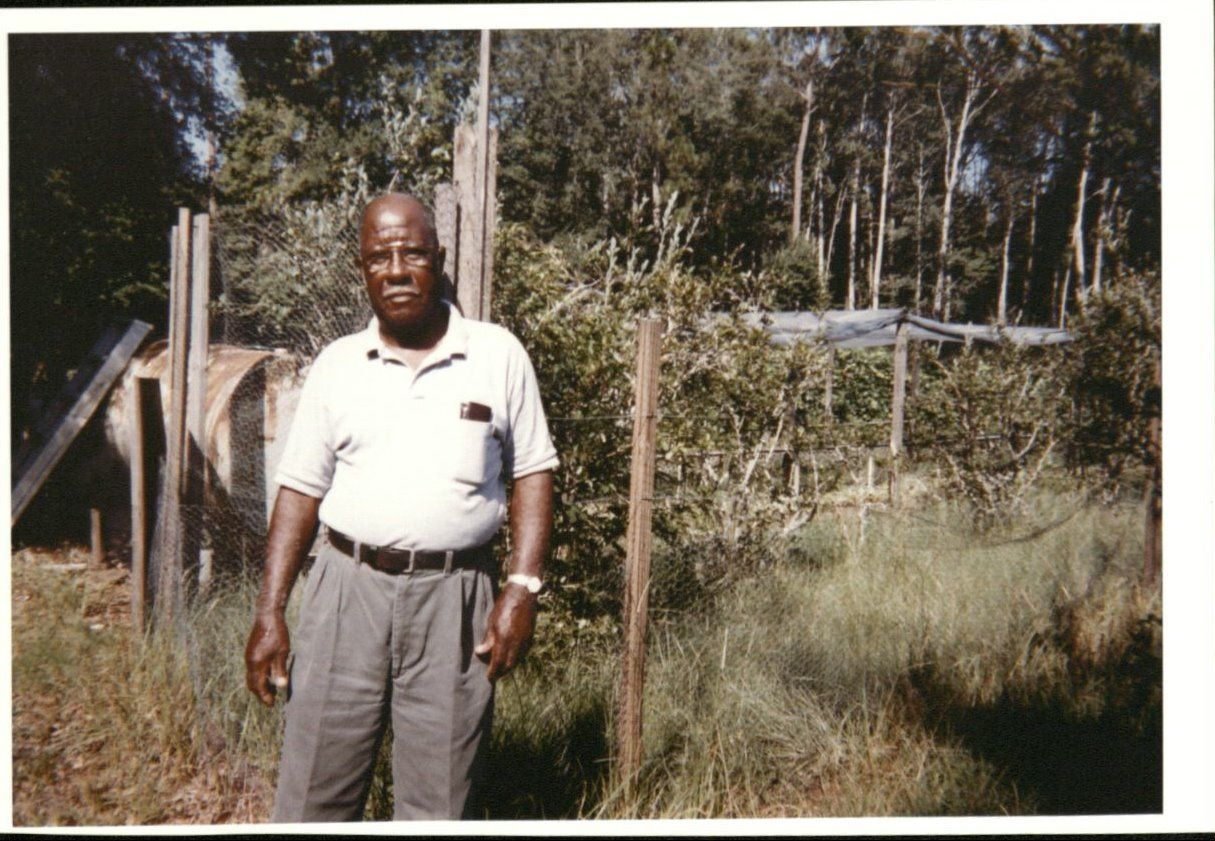 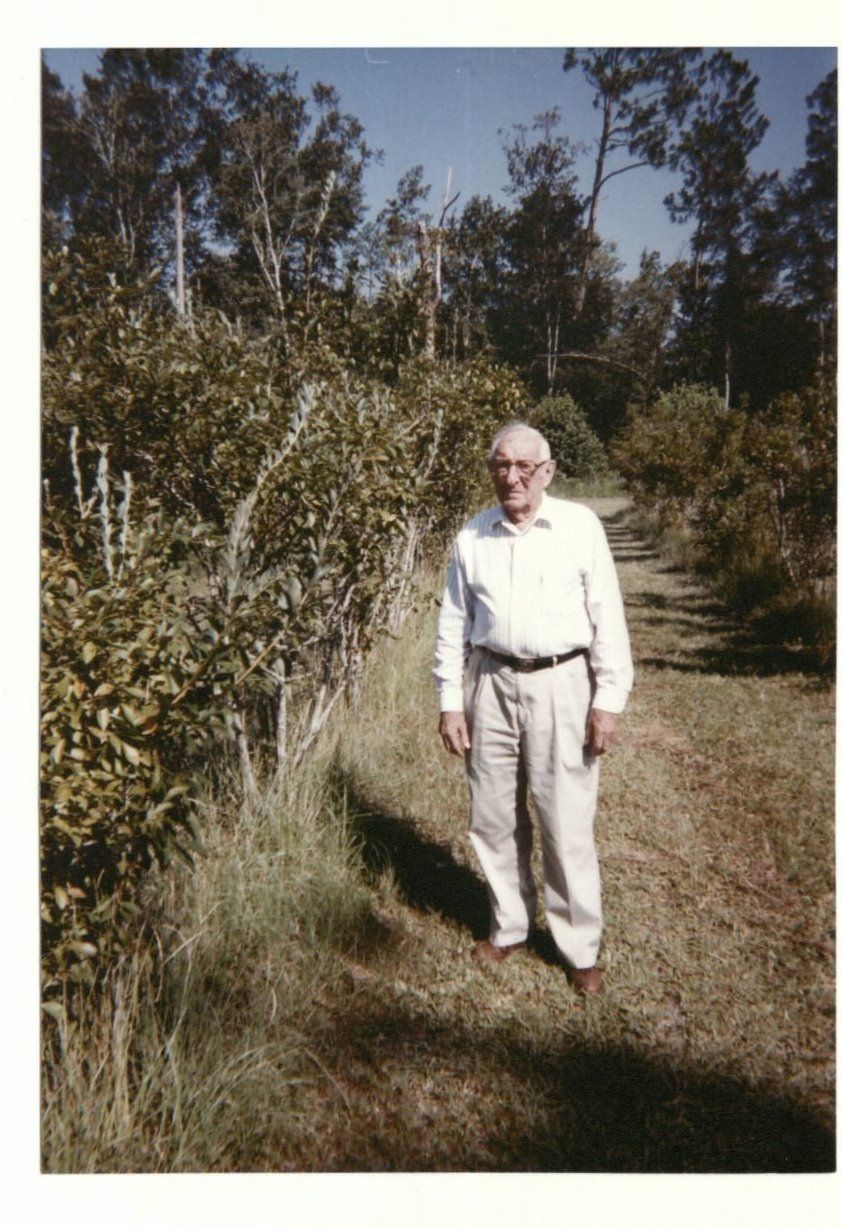 From the family's scrapbook 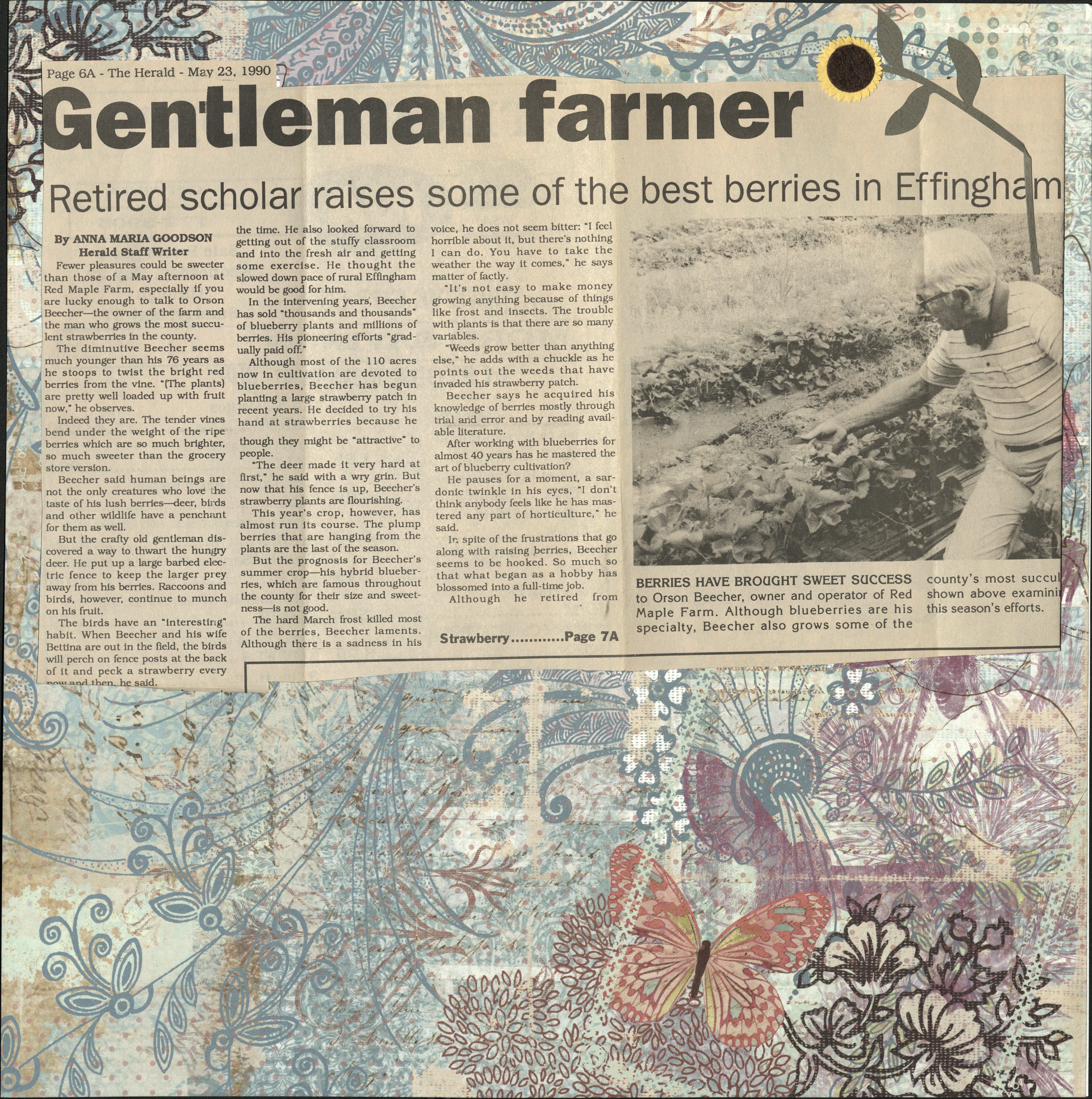 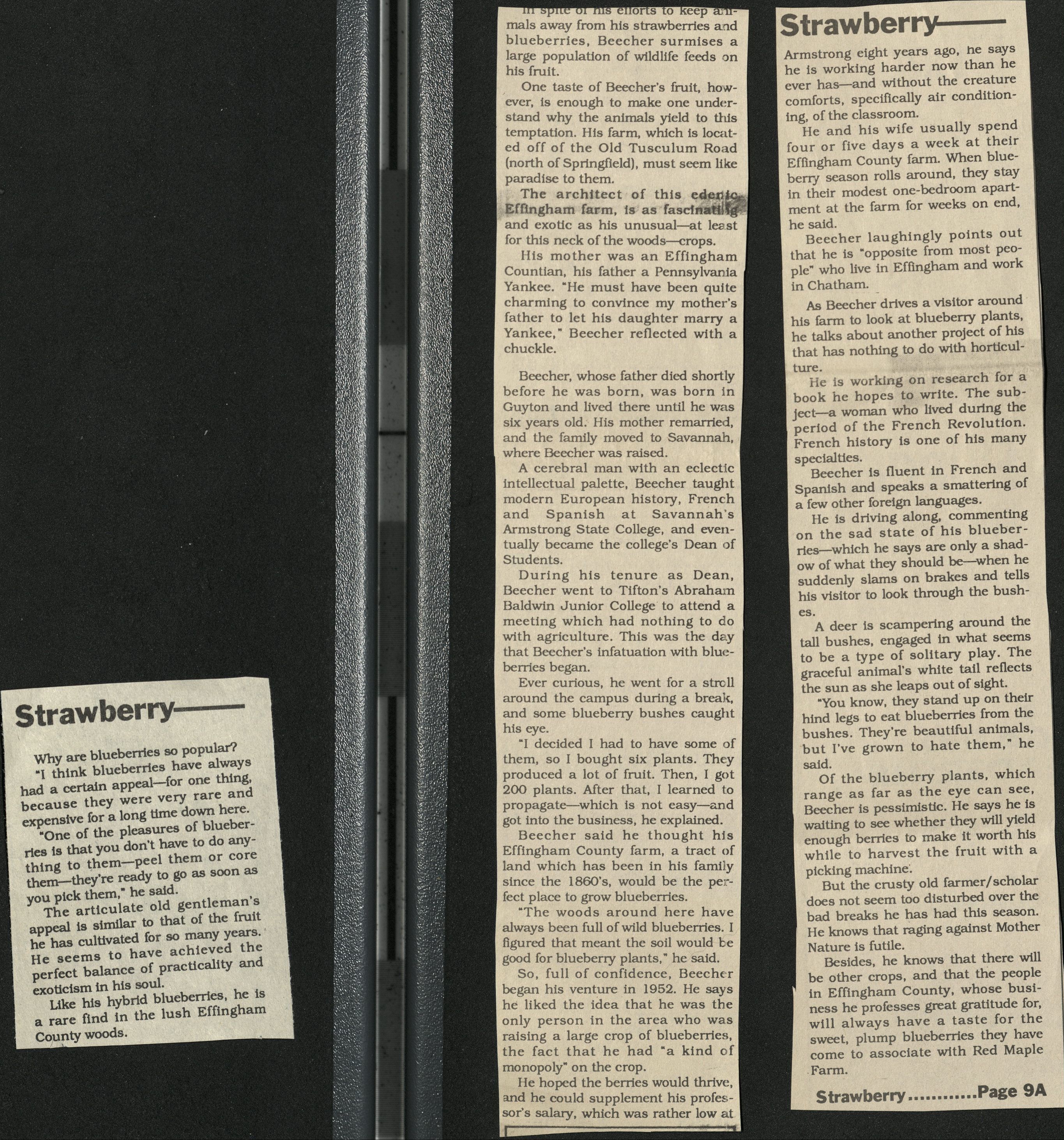 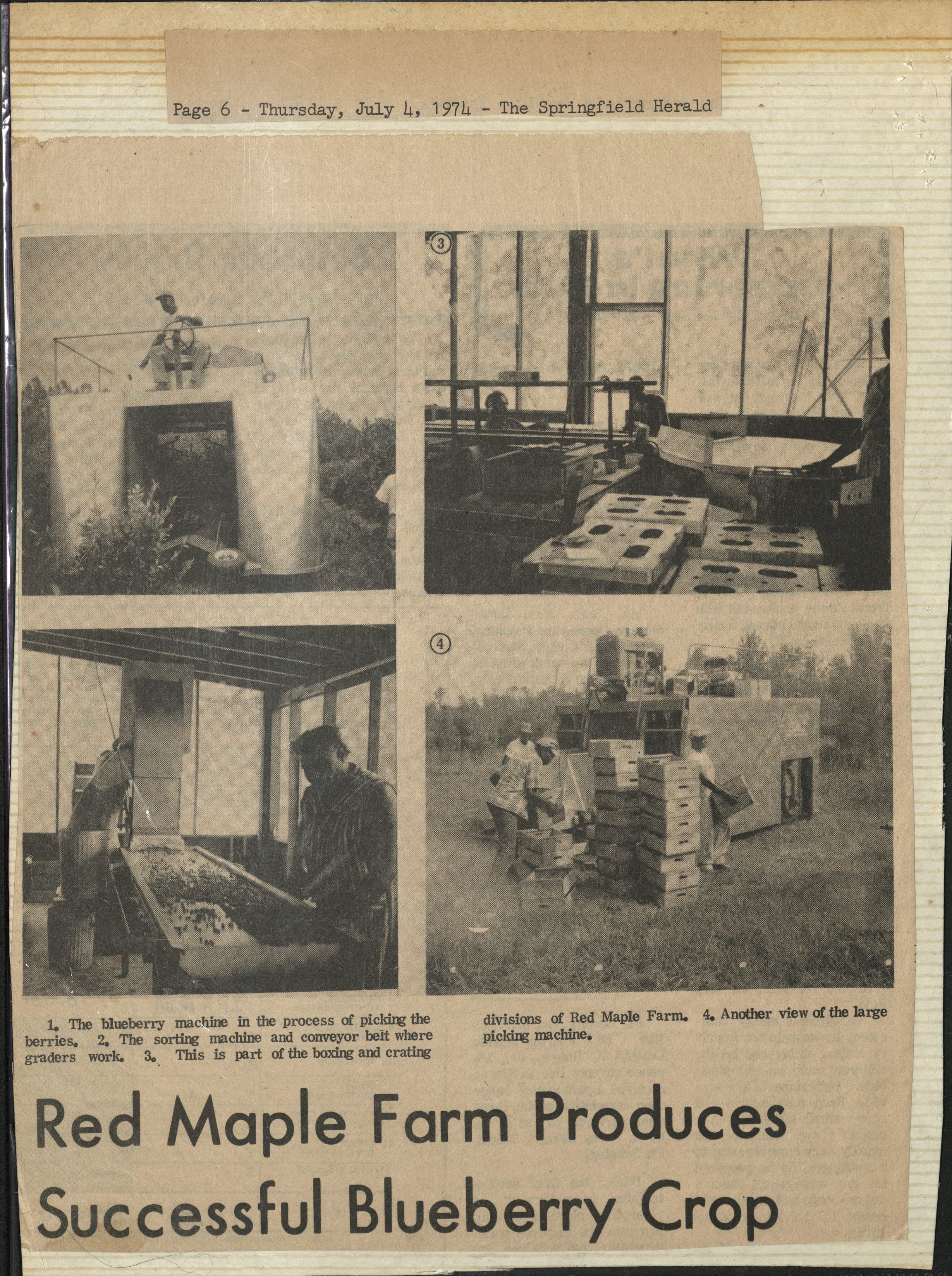 "The blueberry farm was the second largest in the state. I remember him coming home and taking off his boots. You could see a line: his leg was white ware covered by boot and sock-- above was dirt black. When the berry crop was in he would send a crate to each daughter via Greyhound. Blueberry bread pudding with hard sauce is divine. At New Years he would make burgundy beef and whole wheat bread for Company.  He also made Chatham Artillery Punch and it packs a punch.

Daddy was always cheerful. My sister Amy told him that he was the sunshine in our lives."

From the Beecher family scrapbook. Click circle/arrow on the side to advance slides. 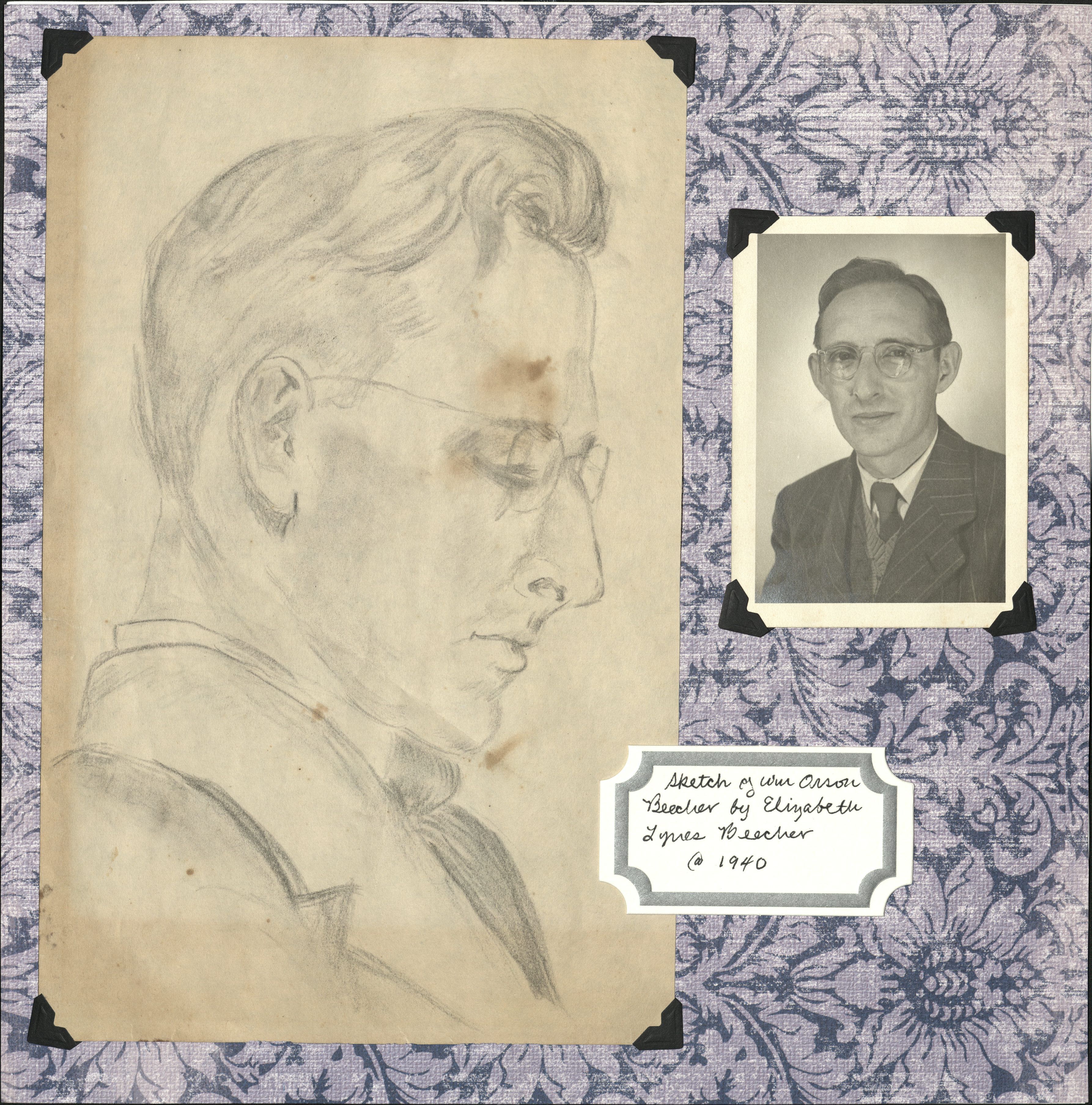 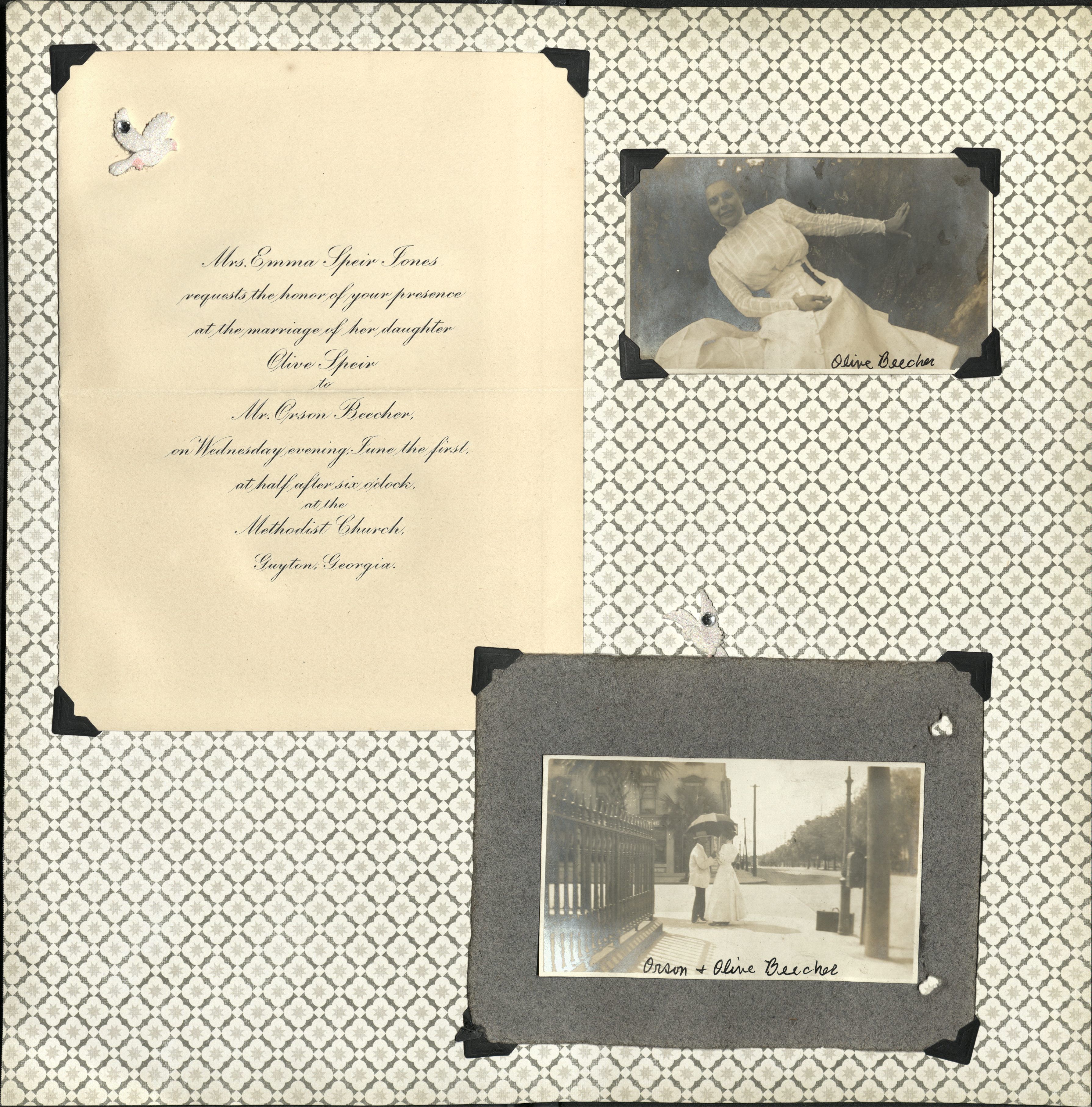 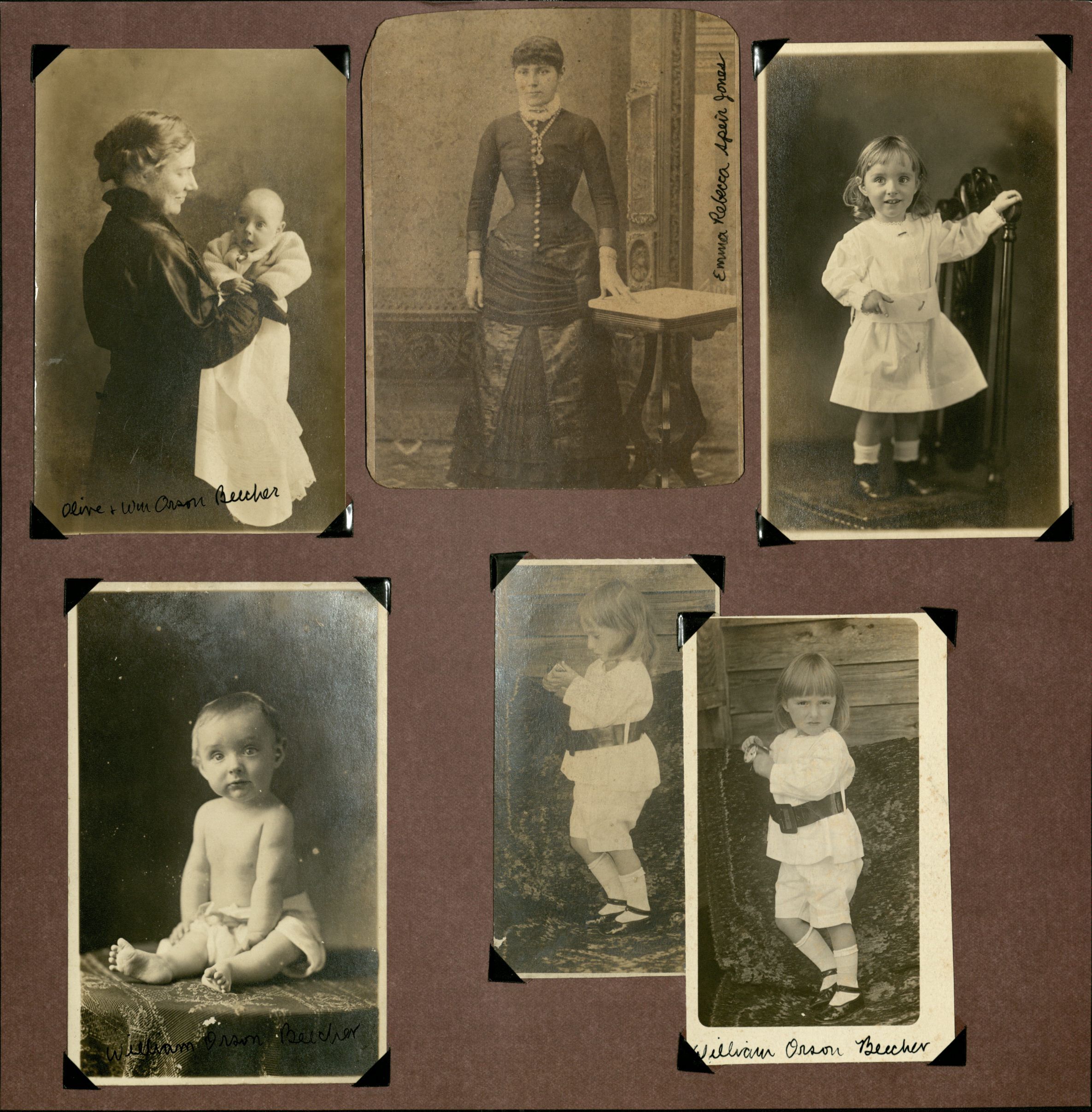 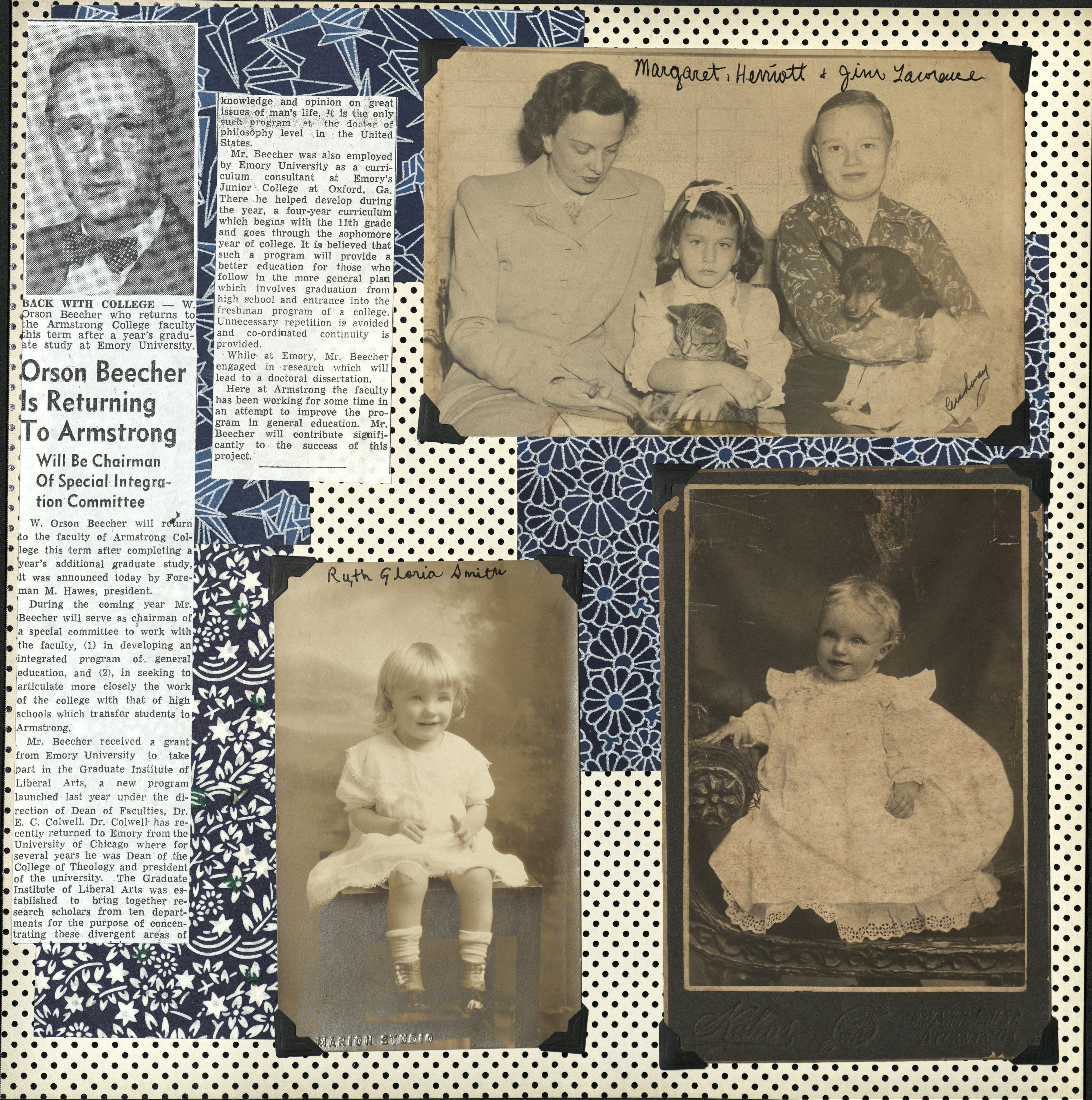 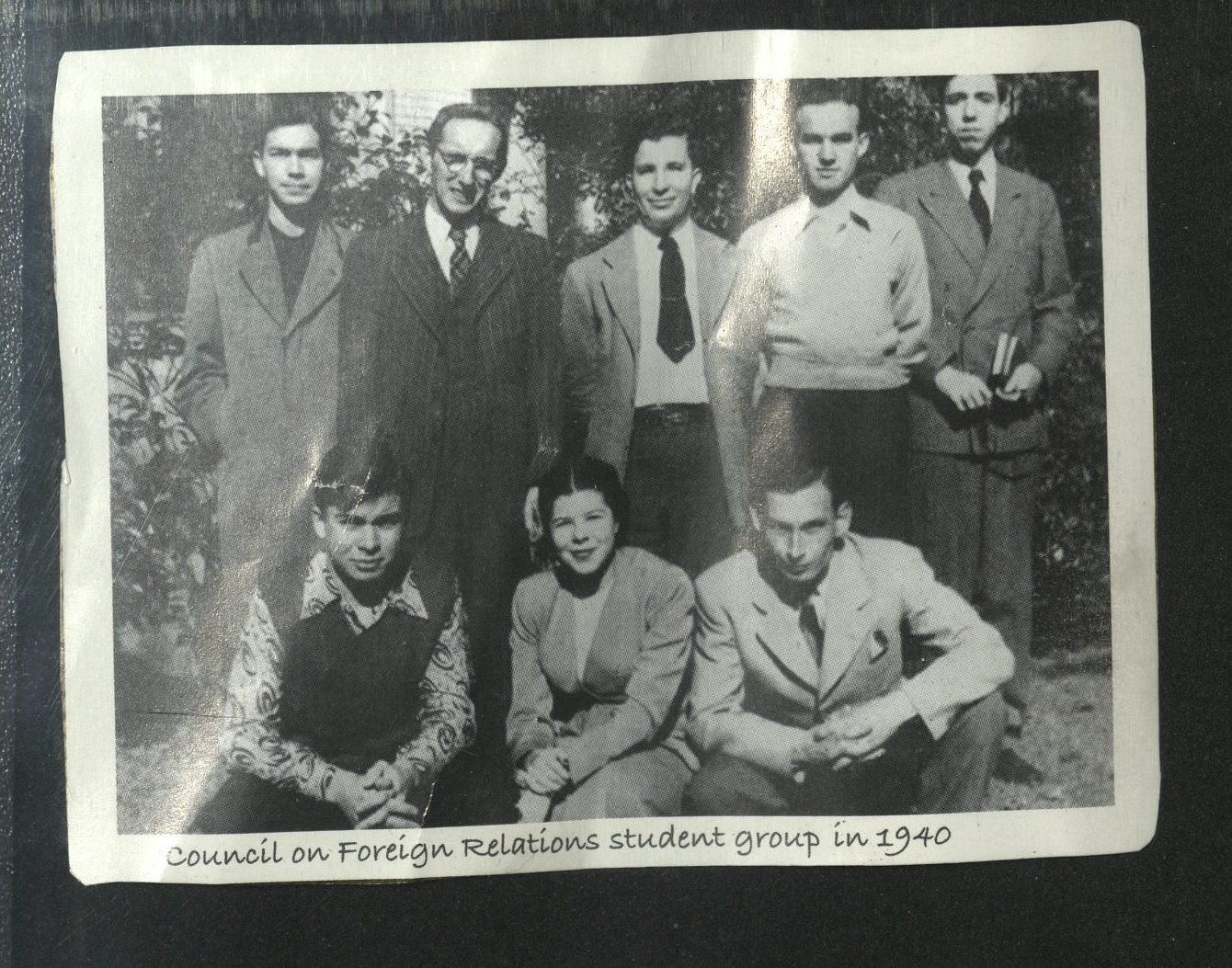 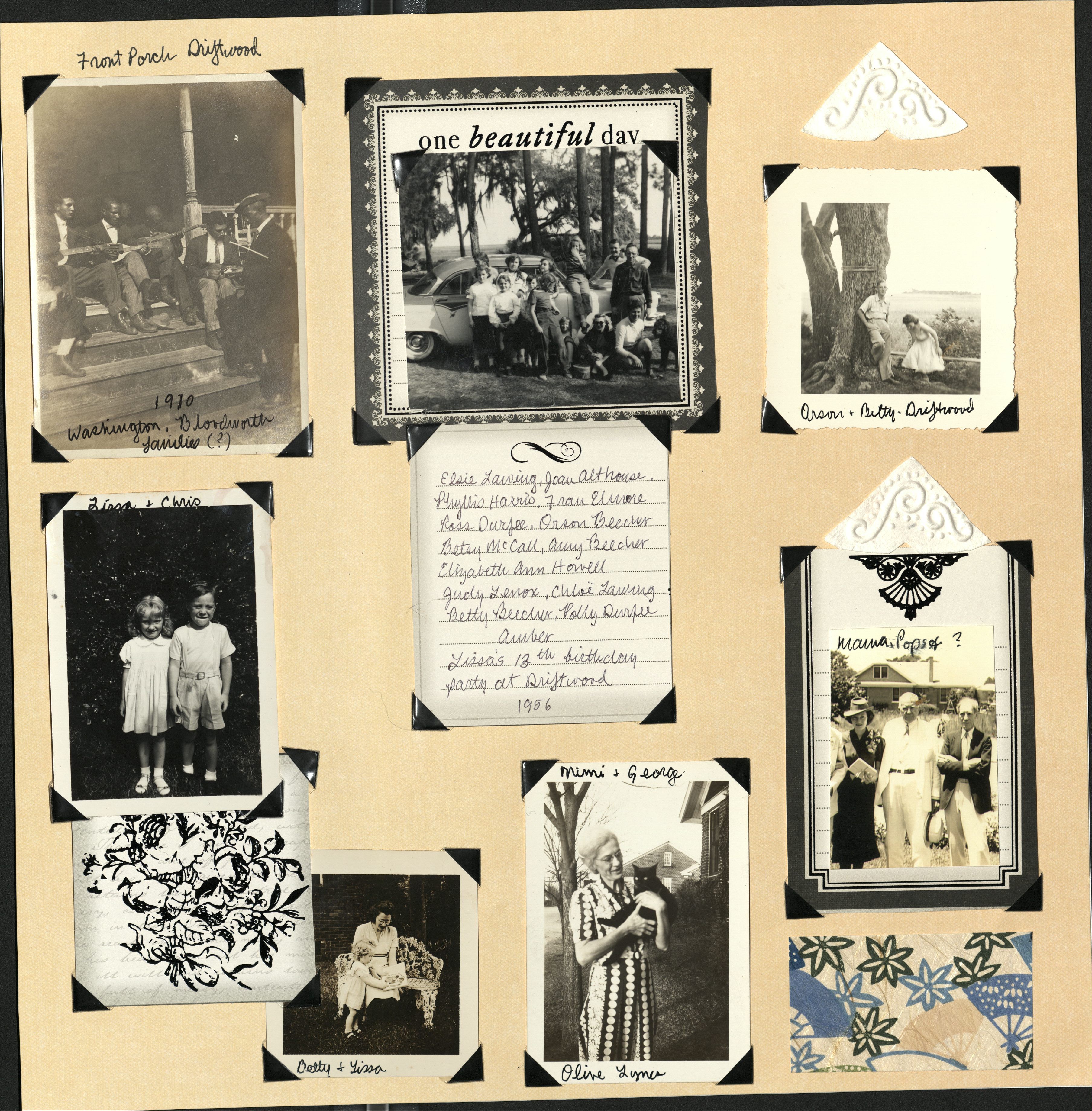 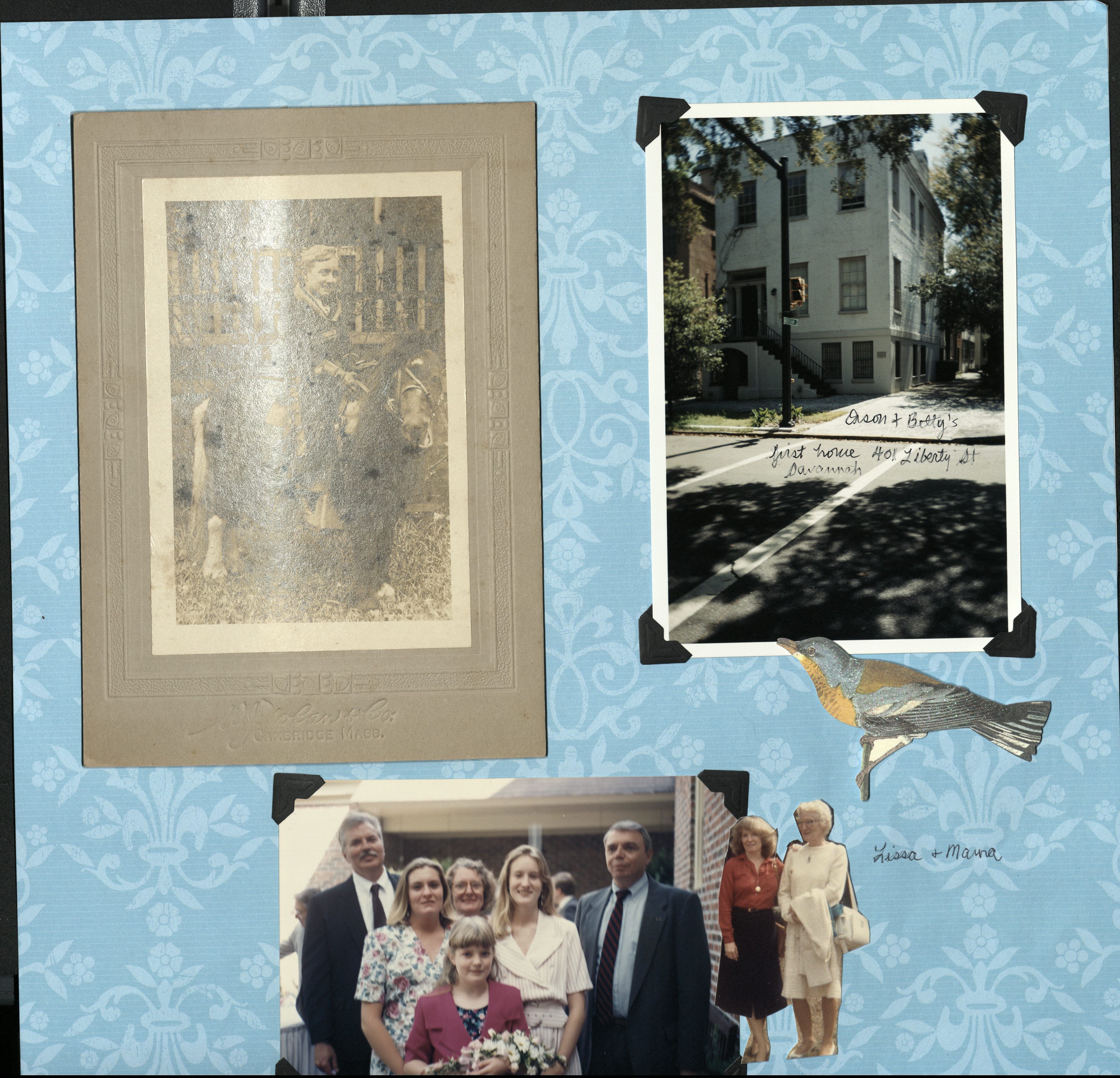 Dr. Beecher served four Armstrong Presidents.  The correspondence file of the Office of President in the University Archives includes letters to/from and about Beecher from three of the four: J. Thomas Askew (2nd President, 1941-1943) who hired Beecher, Foreman Hawes (1943-1965) has most correspondence  and the last two letters are from Henry Ashmore (1964-1982).

Most are memos from the President to Beecher regarding hiring, salary issues, further education and college administration.  A few letters record the remarkable--Beecher and a colleague with Masters degrees from Emory where appointed over two with the PhD from Harvard! All hint at the personalities and relationships of longtime colleagues.

Melissa Beecher attended Armstrong Junior College before getting her degree in Social Work. Here's the evidence, from the 1963 Geechee! 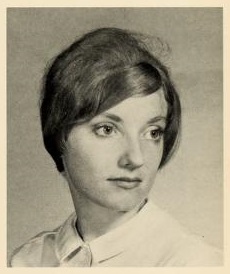 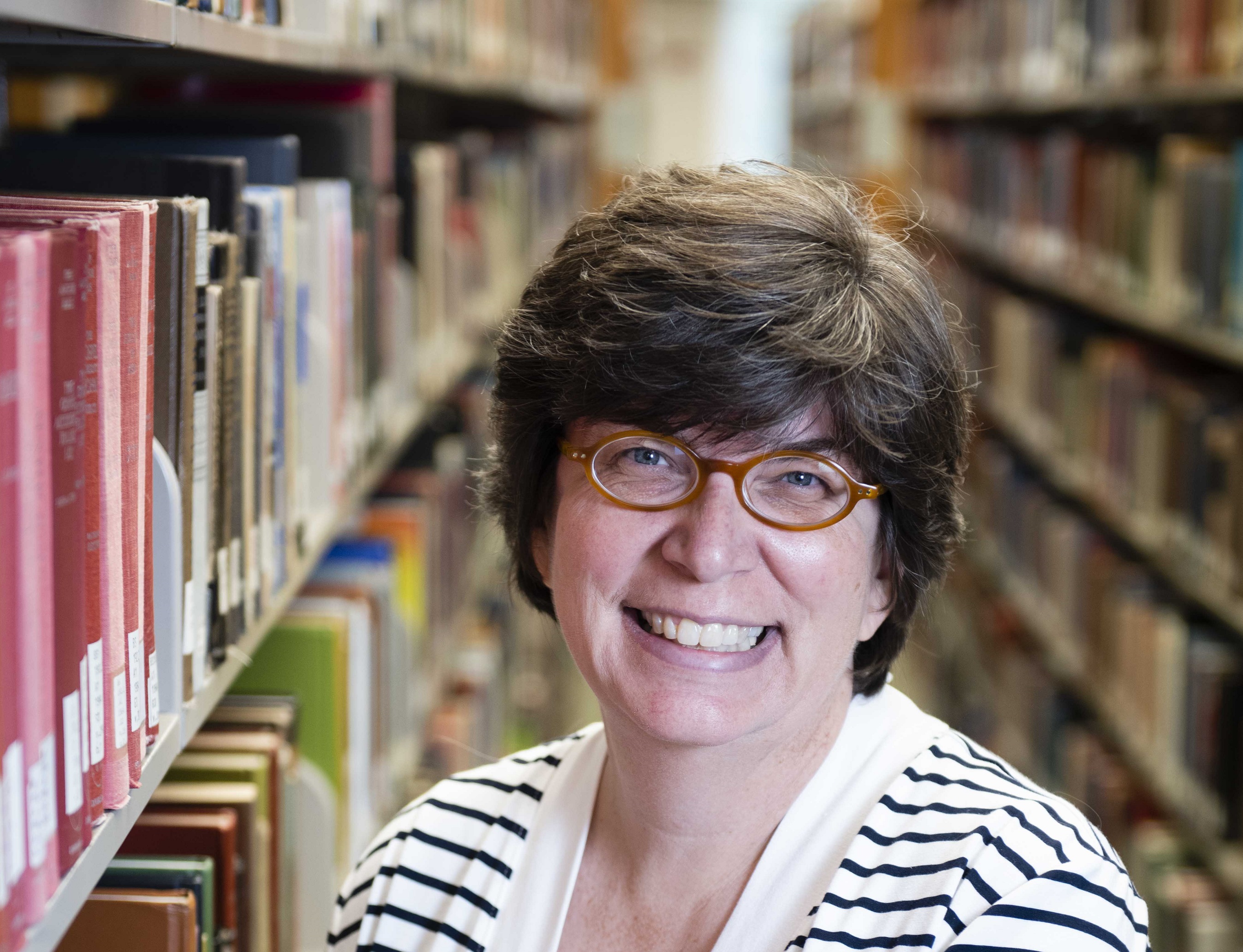