Book checked out for 56 years!

In 1947 Armstrong student Jules Bacot checked out Darwin's Voyage of the Beagle from The Lane Library.

In 2003 alumnus Bacot faithfully returned the volume to the library.  Overdue to be sure but well done in the end and he kept the book in good condition (images shown.). Bacot has the record for the longest check out in Lane Library history 56 years!

Jules  Bacot was a member of Armstrong veterans social club in 1947/48 having served in the Army Air Corps during World War II.  Bacot's witty cartoons and lovely illustrations filled the 'Gechee yearbook and The Inkwell newspaper during his time at Armstrong (some examples are shown.) Despite the overdue book Jules Bacot graduated from Armstrong with an associate’s degree in Liberal Arts in 1948, went onto earn a degree from the University of Georgia in 1951 and pursue a career as an artist and art teacher. He married Dorothy Kirksey on December 14, 1957 and they had three sons: Thomas, Christopher and Ashley. Jules Bacot passed away in 2005.

What can we learn about Armstrong circa 1947 from the book Bacot checked out?  It was a part of the Harvard Classics, a set of 50 books considered "a portable university" selected as the best reading to prepare students for the future and demonstrating Armstrong's high expectation for students' learning.  Bacot was the second person to check out the book in 1947 suggesting it had recently been acquired by the library. Had it been purchased or was it a donation?  Perhaps even a first edition published in 1909, the copyright date? Answering that questions calls for some research. Our copy resembles books described as first editions on eBay. Prices are not high even for a 1909 edition in very good condition, as many copies were sold. Alas! What else can you learn from examining the book? Other questions to research?

Cover of The Voyage of the Beagle 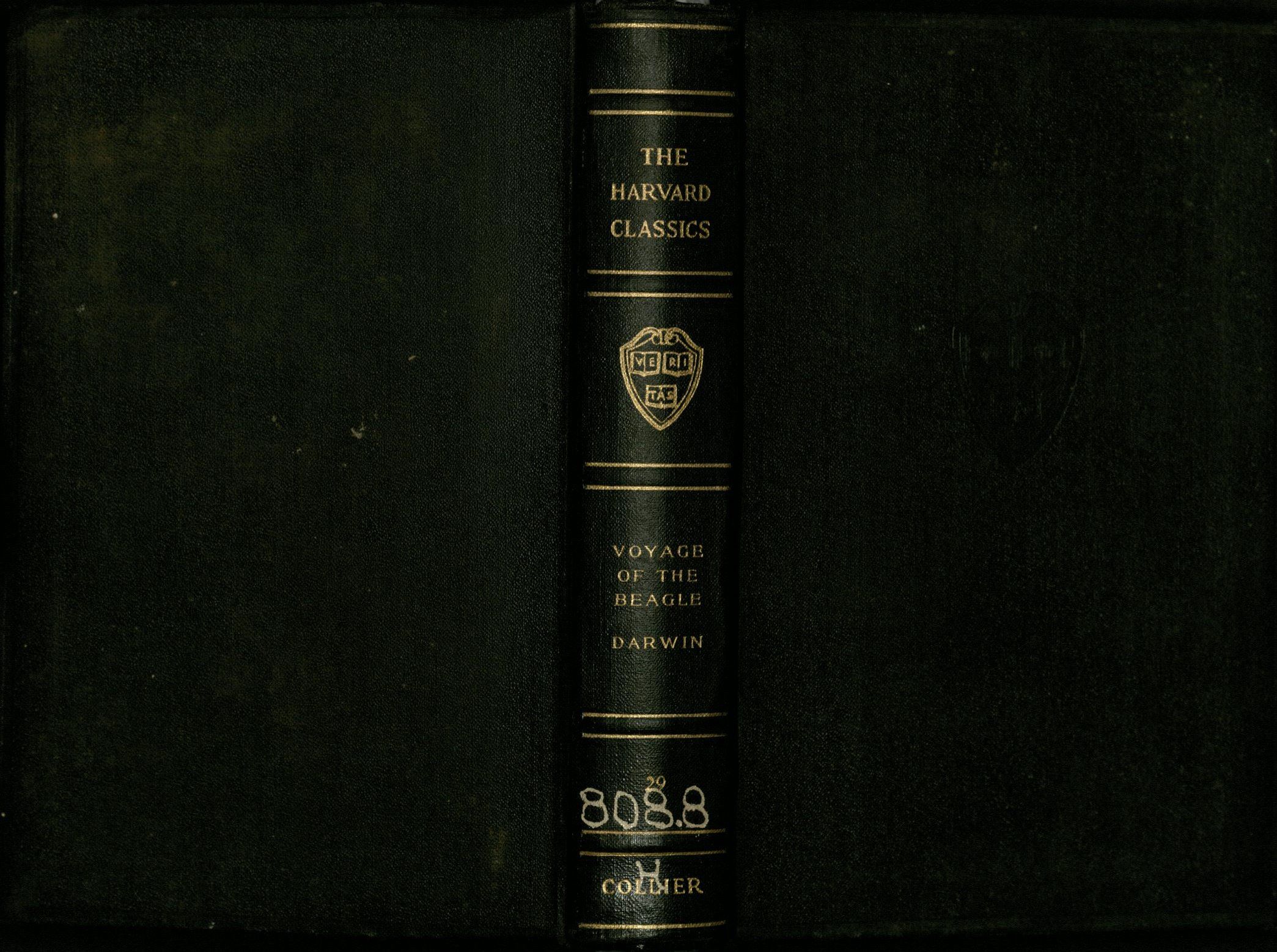 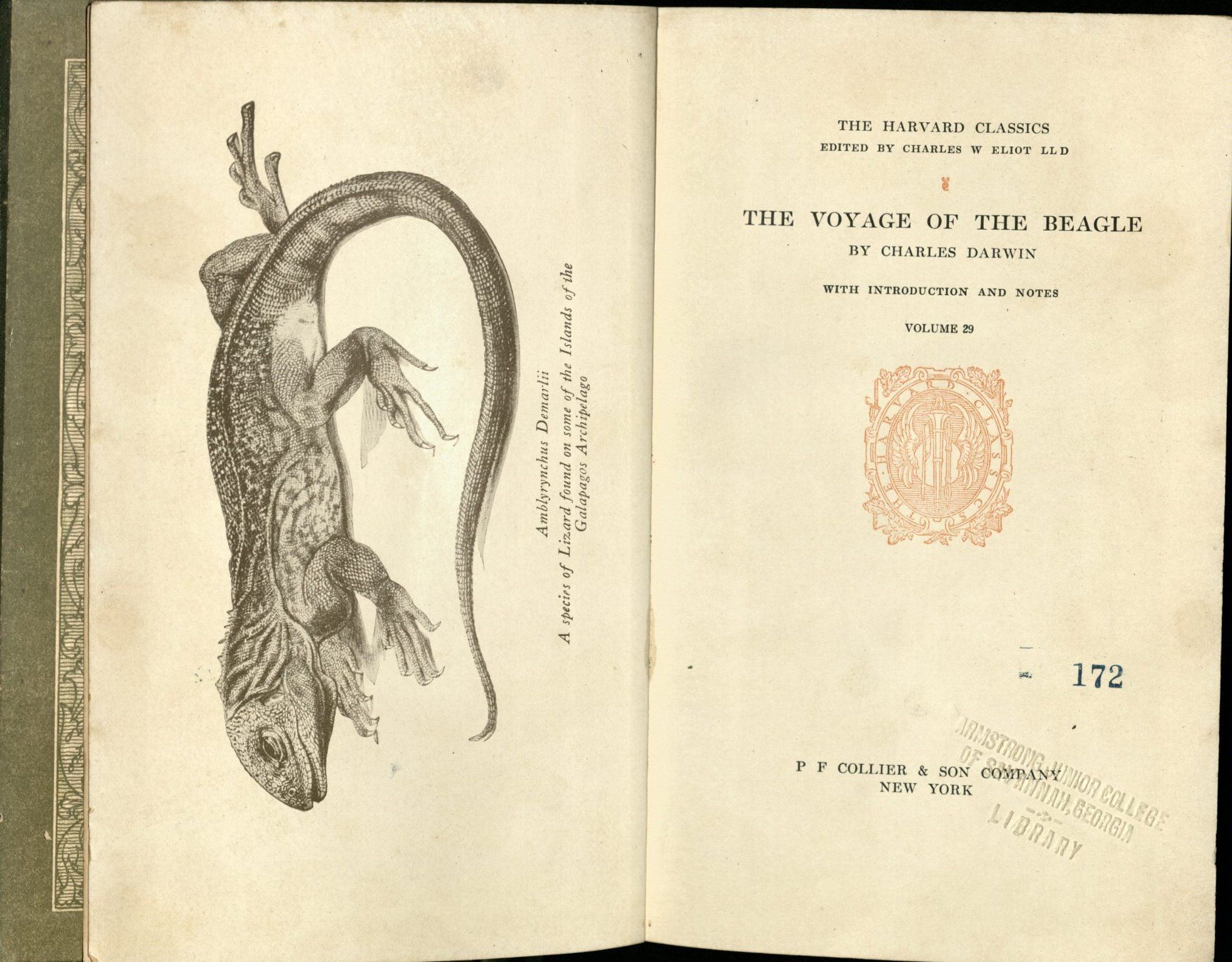 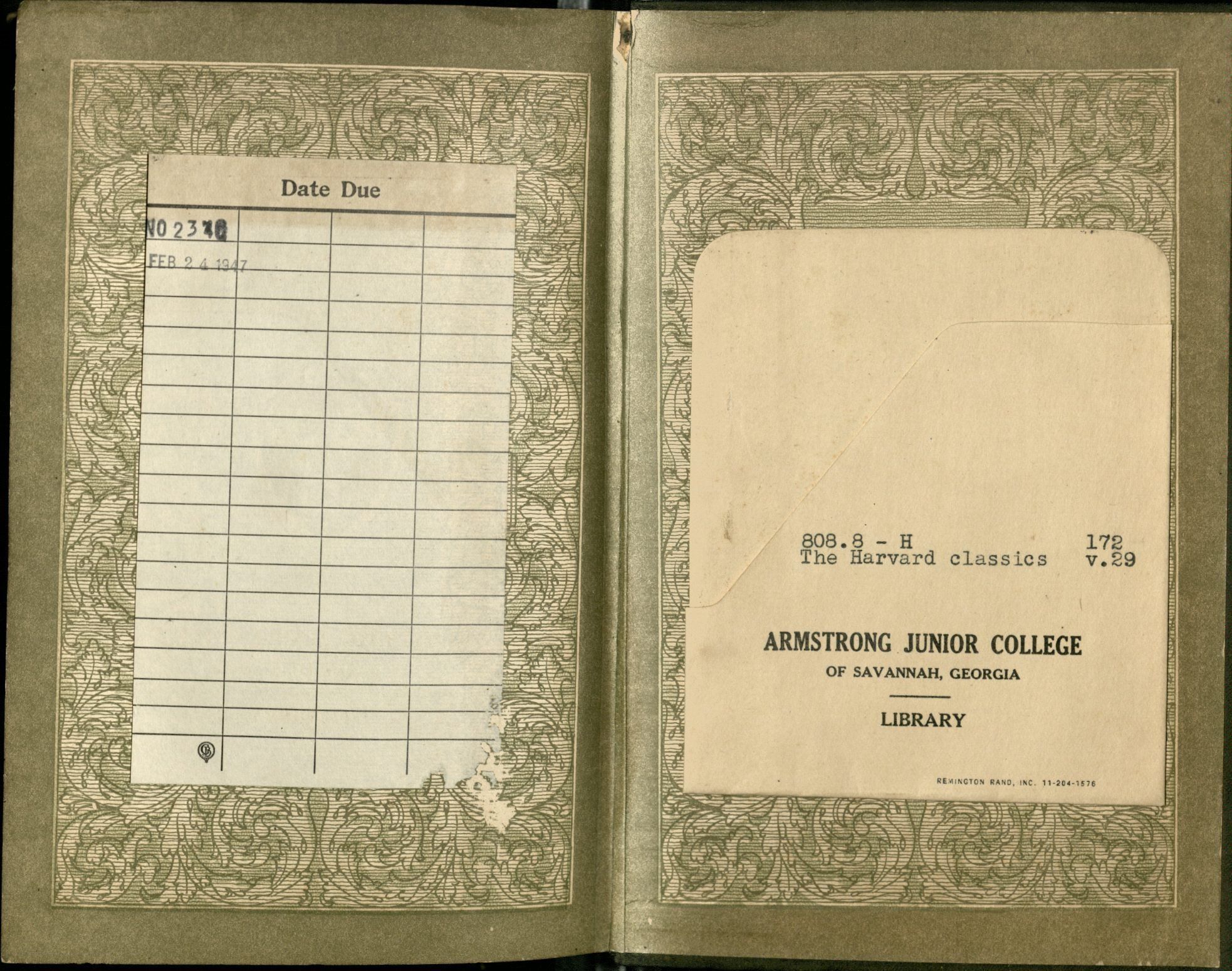 Student is “chasing the vet check” funds provided by the U.S. government to veterans pursuing education. 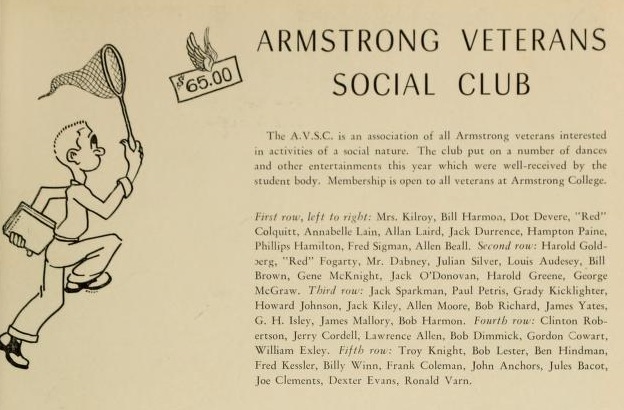 Bacot’s cover for the year-end issue of The Inkwell, April 1947 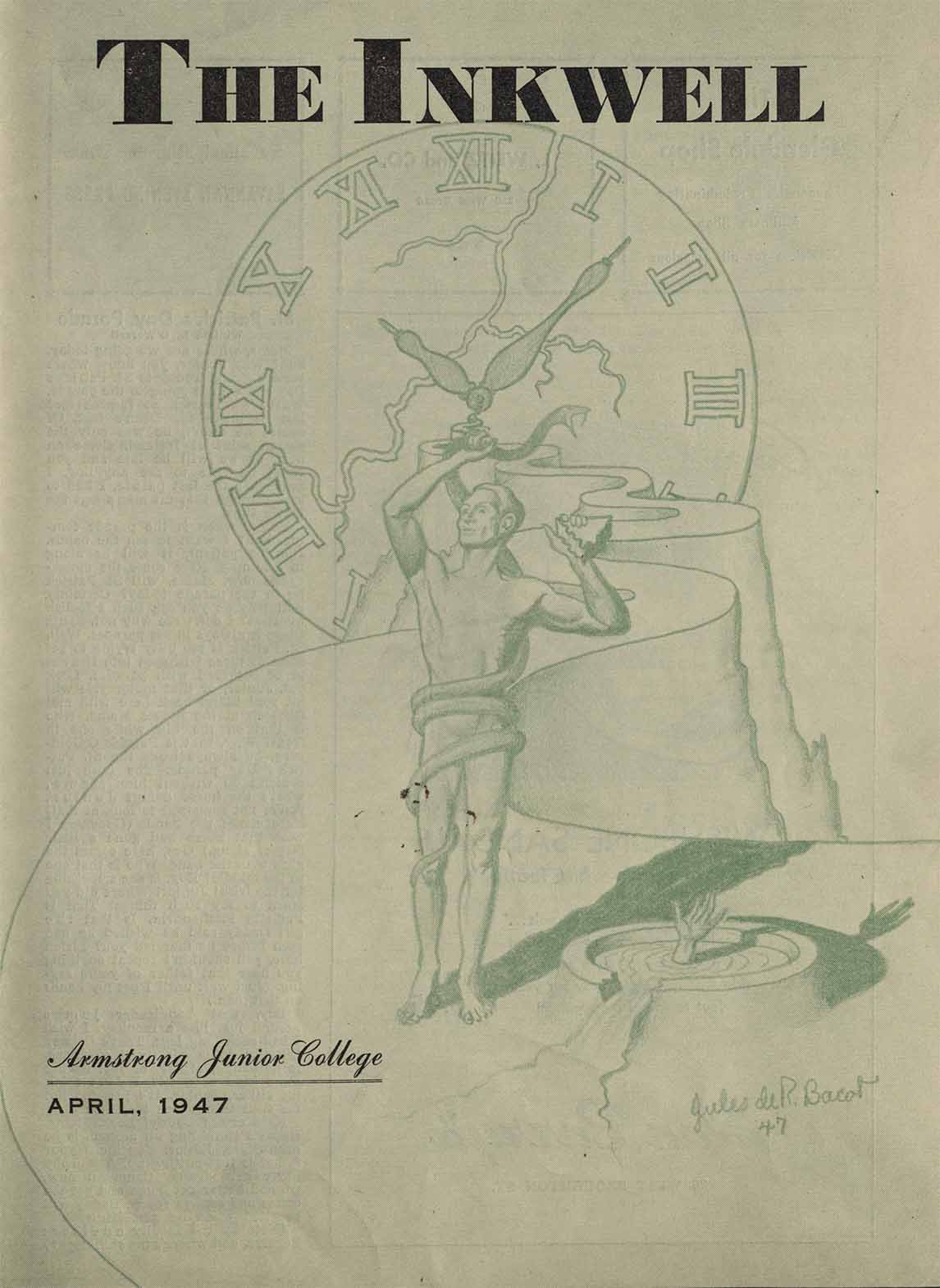