About the Cover Art - Winter/Spring 2019

“The Dove has the Pencil”

The primitive style of “The Dove has the Pencil” was created in the aftermath of the seventeen teens and adults killed in the February 14 shooting at Marjory Stoneman Douglas High School in Parkland, Florida.  I was touched by the rallying together of the affected community, and through rage and sadness, I brought out the Sharpie and started drawing a dove and building of school kids. The dove, though injured and bleeding, holds the pencil to erase the gun, its trigger marked with a heavy fingerprint. I chose inexpensive, puck watercolor paints for the primary garish colors to represent the pathos and pain that powerlessly could not be expressed in words. 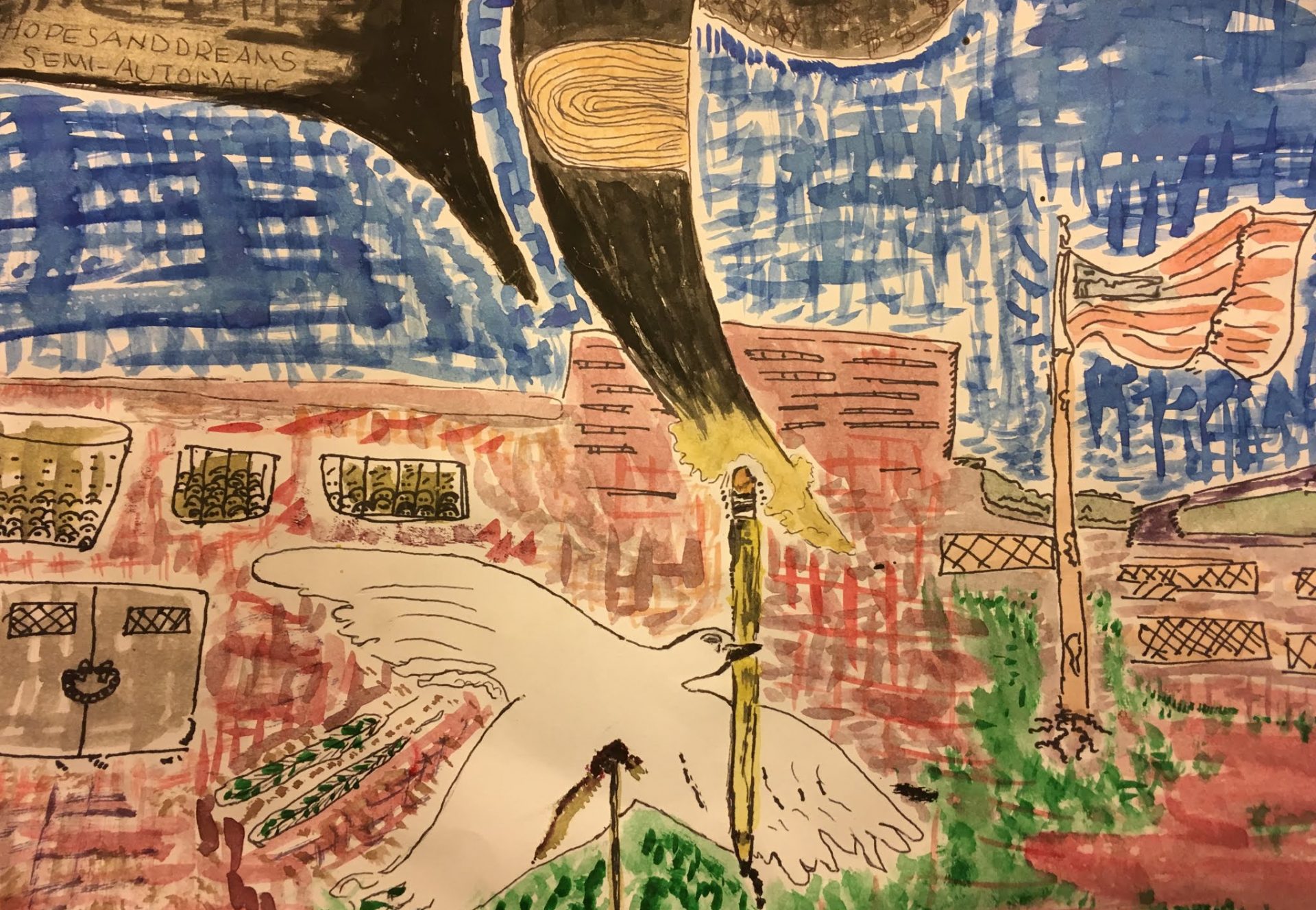