The game Monopoly is a board game that pit players against each by having them collect more property than the others so that they can force their opponents to go bankrupt by landing on the owned property and paying rent.  The game of monopoly was originally called The Landlord's Game and was created by Elizabeth Magie back in 1903.  Her reasoning for creating the game is to show others how an economy which rewards the creation of wealth is better than an economy in which only the monopolists work under with few restrictions.  Around 1935 the game was published as Monopoly by the Parker Brothers where it would become a worldwide hit. 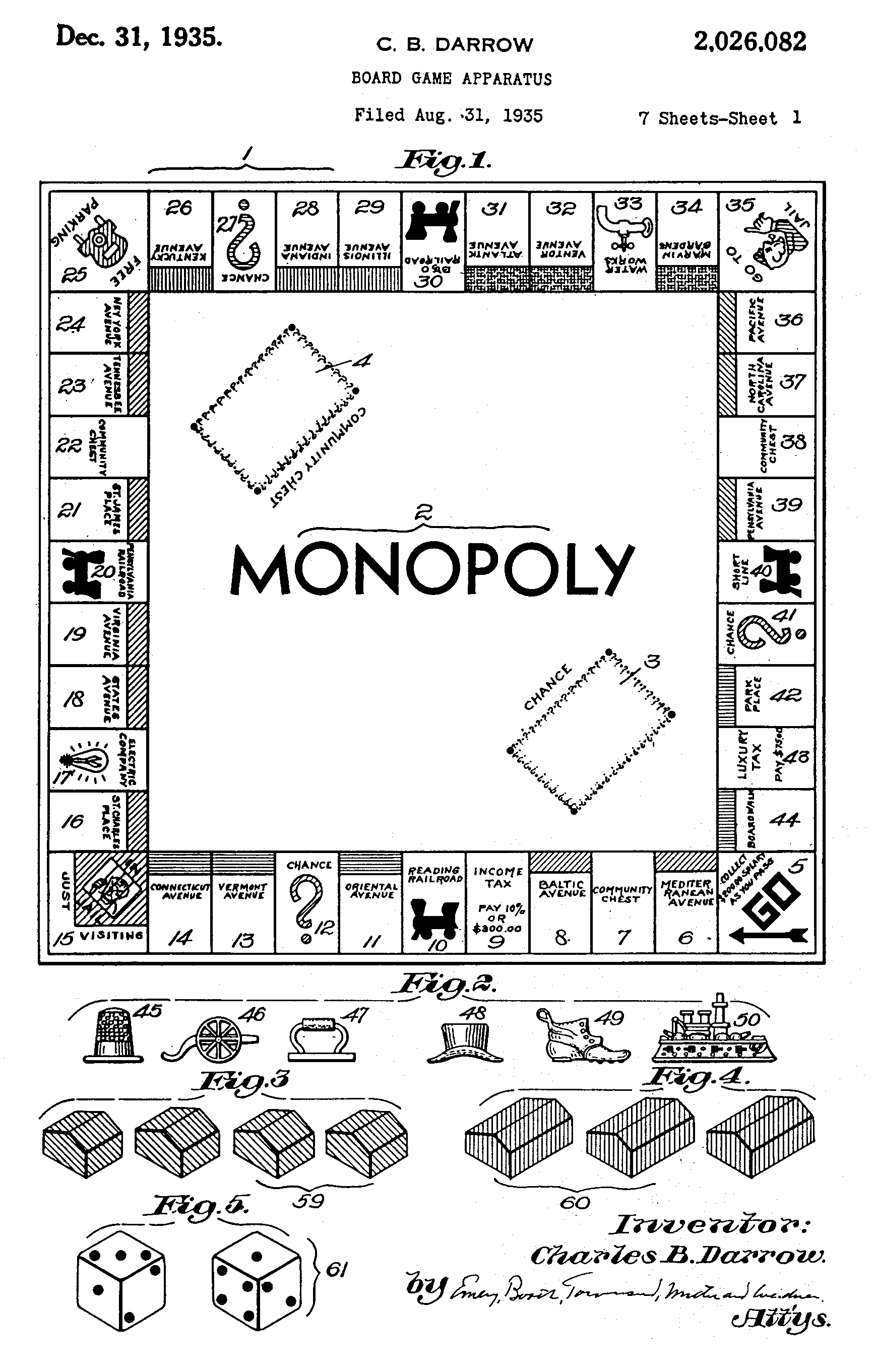 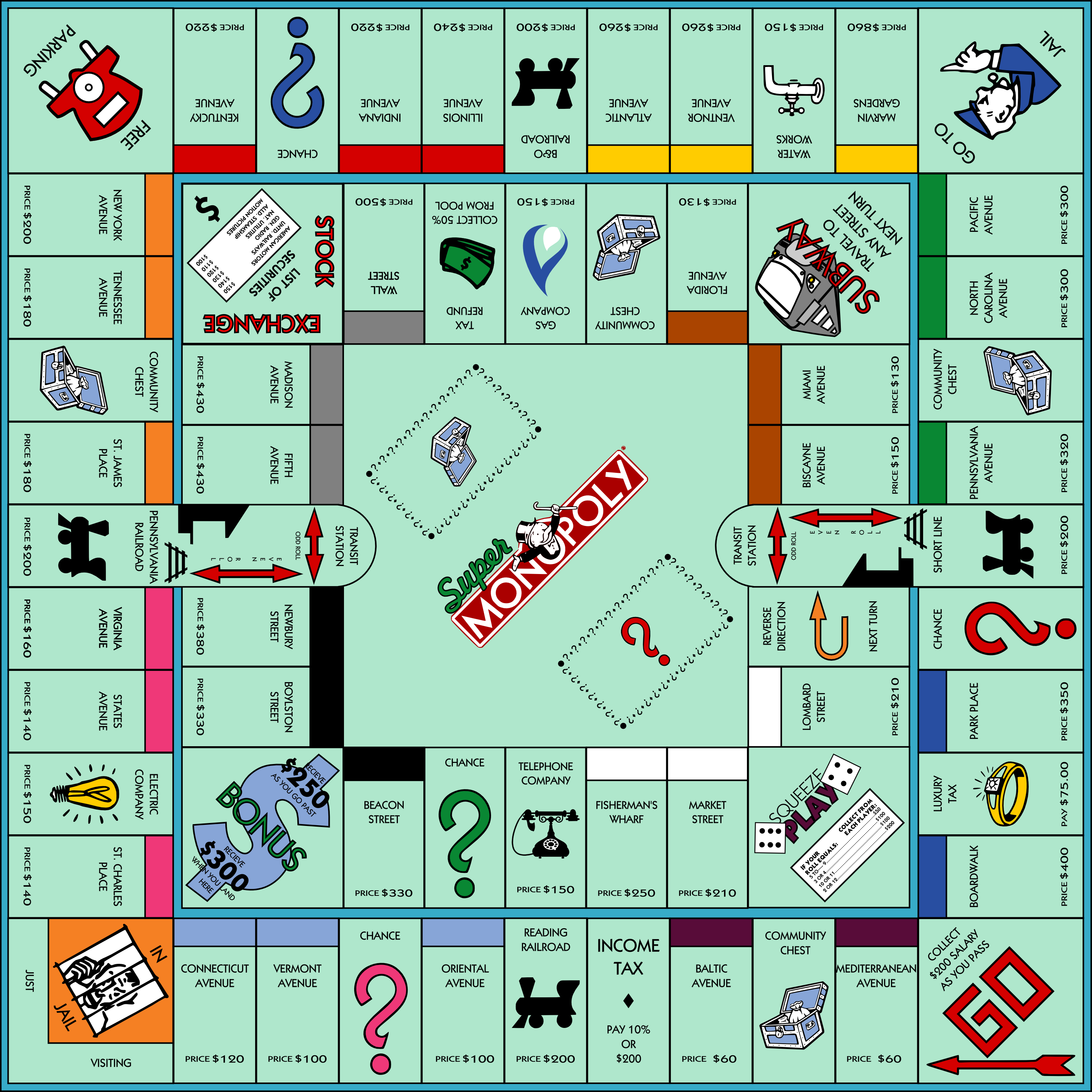 This is the link to the rules to play this game that was found on an online forum. But just like regular monopoly, you can play by the house rules.

While it would be best to use actual pieces from an Actual Monopoly game, here are some printable substitutes.