Americans and the Holocaust is a traveling exhibition that examines Americans’ responses to Nazism, war and genocide in Europe during the 1930s and 1940s. The exhibition also presents stories of individual Americans, some of whom took actions that went against the grain at the time, daring to rescue Jews from Europe.

What did Americans know? What more could have been done? 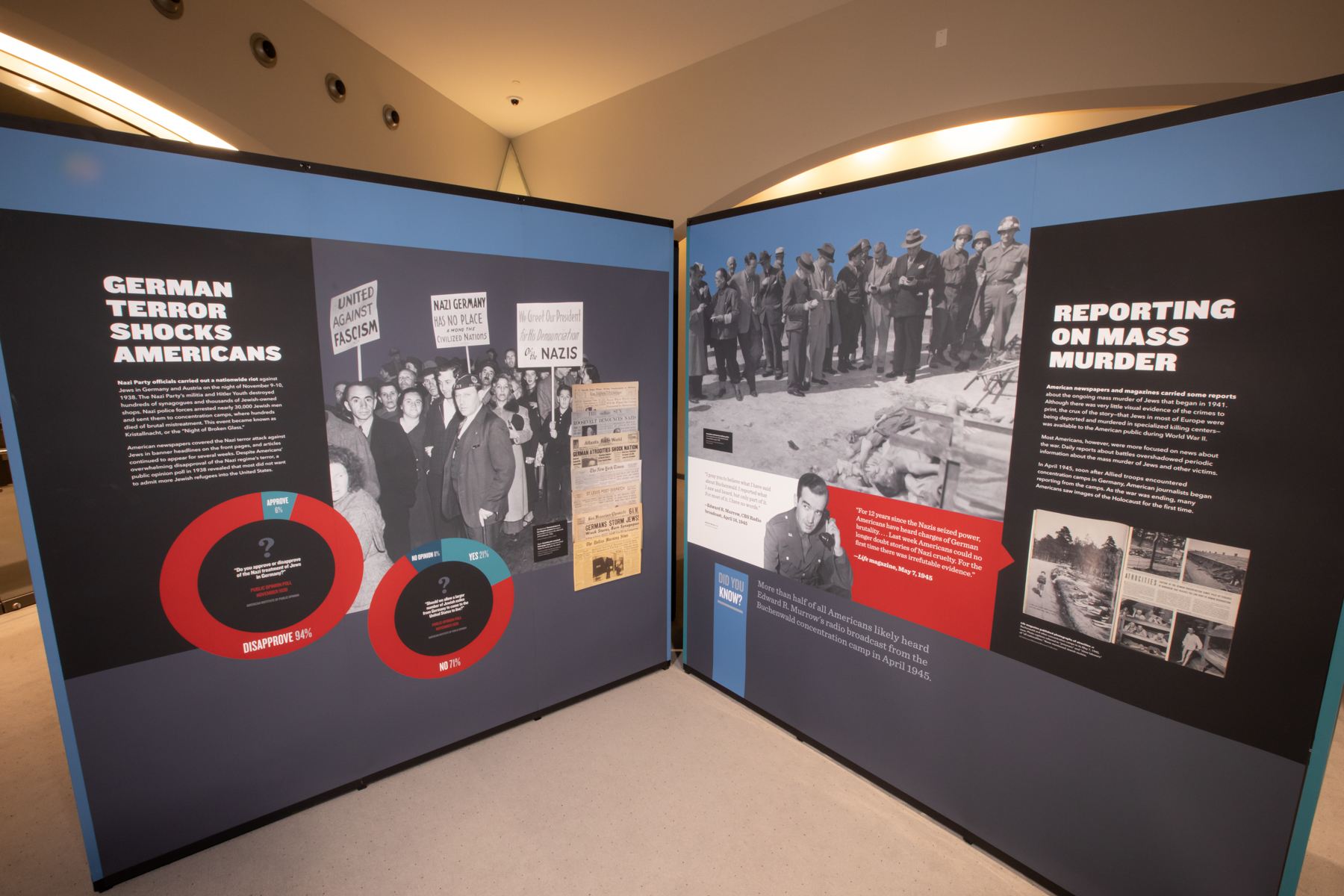 Americans and the Holocaust: A Traveling Exhibition for Libraries is an educational initiative of the United States Holocaust Memorial Museum and the American Library Association. Additional programming support was made possible, in part, by Humanities Nebraska and Nebraska Cultural Endowment. To learn more about the exhibition, visit ushmm.org/americans-ala.

Americans and the Holocaust was made possible by the generous support of lead sponsor Jeannie & Jonathan Lavine. Additional major funding was provided by the Bildners — Joan & Allen z”l, Elisa Spungen & Rob, Nancy & Jim; and Jane and Daniel Och. The Museum's exhibitions are also supported by the Lester Robbins and Sheila Johnson Robbins Traveling and Special Exhibitions Fund, established in 1990. This exhibition and related programming were made possible, in part, with support from Congregation Mickve Israel, Jewish Educational Alliance, Judaism on Our Own Terms (JOOOT), Statesboro-Bulloch Public Library, and The Vedem Foundation. 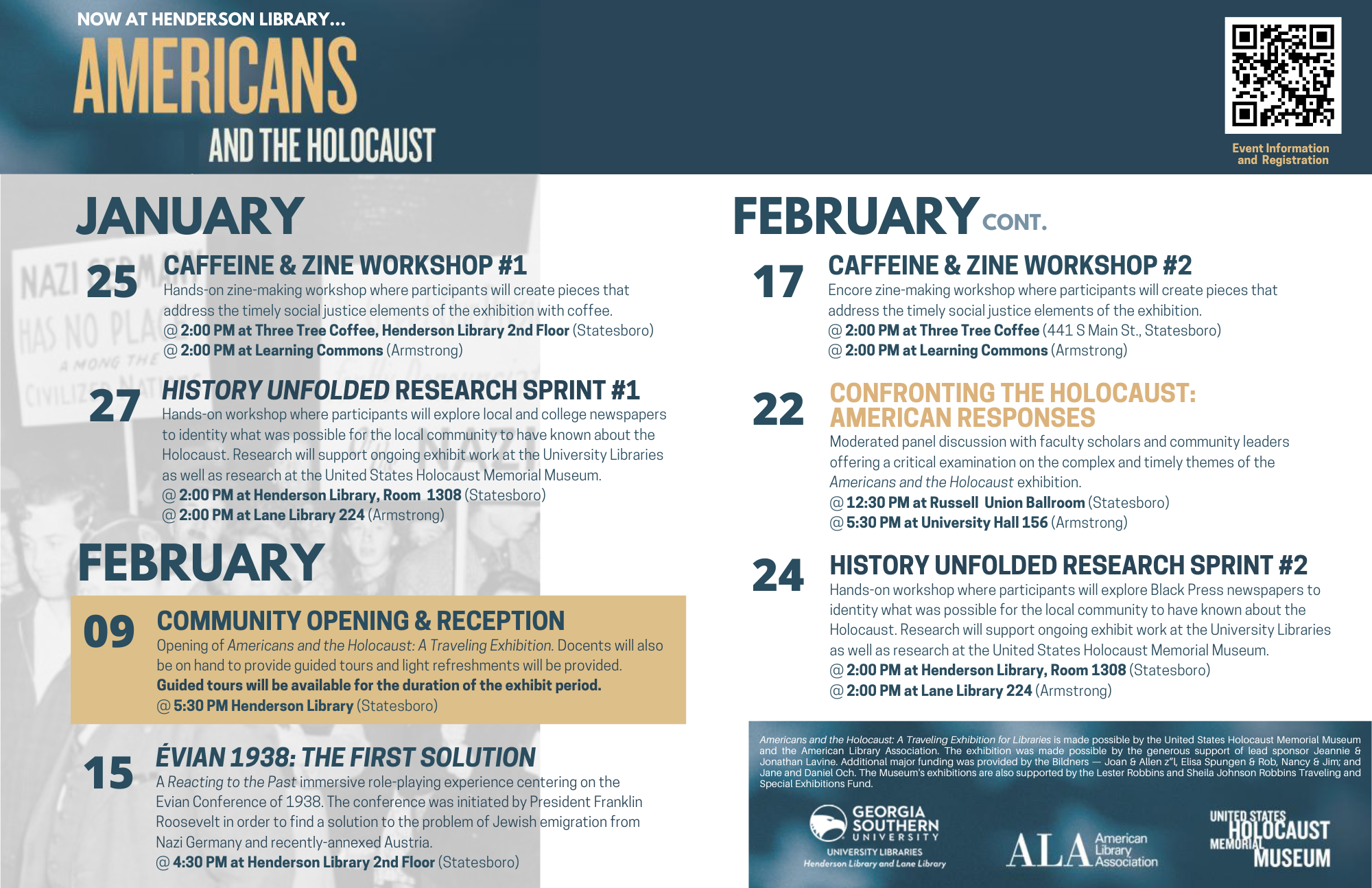